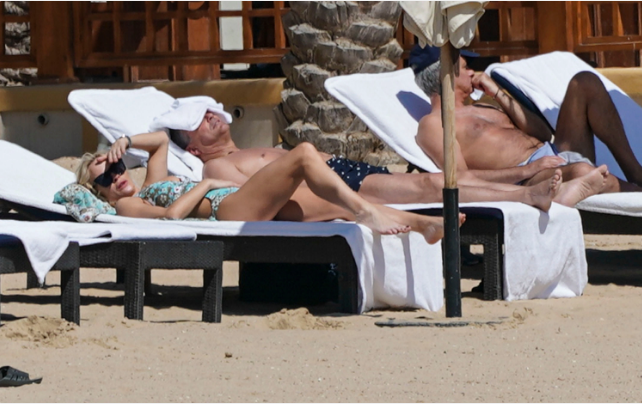 Jose Mourinho enjoyed a sunshine break with his special female pal while on a £100,000 TV job. The married former Manchester United boss was spotted on a beach with pal Prue Carter-Robinson, 41.

They soaked up the sun on loungers alongside his long-time assistant Ricardo Formosinho. Mourinho, 56, was in Doha, Qatar, working for Middle Eastern sports broadcaster BeInSports. A source said: “Jose and Prue went sunbathing but they were careful not to lie next to each other.

Prue seemed to be on her guard a lot of the time. But at one point she was on her phone which had a Manchester United case.”

The pair met while he was Real Madrid boss and they have spent time together in holiday spots around the world. Throughout his career Mourinho has stressed the importance of his 30-year marriage to Matilde and their two children.