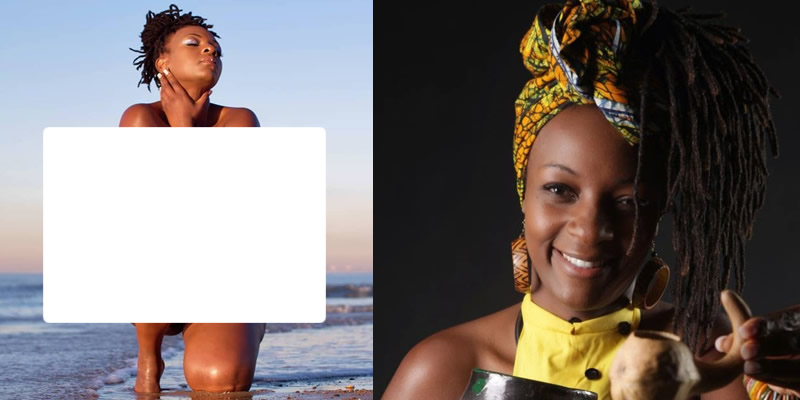 Netherlands based, Zambian musician, Vimbai Zimuto has attracted a lot of public attention for posting a series of nude images of herself on social media and tagging them ‘Ethopian Airlines Rest in Peace’.

Several people have reacted angrily to her trending nude picture. 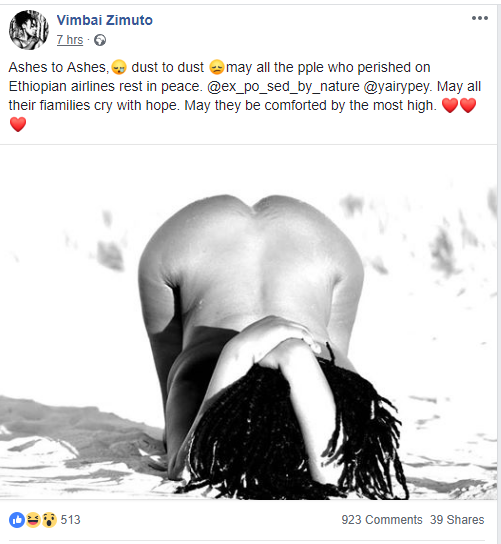 Facebook user Tino Mambeu wrote; “How do you mourn them in nudes. I think you have lost respect of the dead”.

Tino Shantell wrote; “Your body your rules but this is inappropriate and insensitive to those who lost their friends and relatives. You’re free to be naked as a way of getting fans but using people’s death for attention hmmm way overboard. You wouldn’t have done this if you’d lost your friend/ relative.”