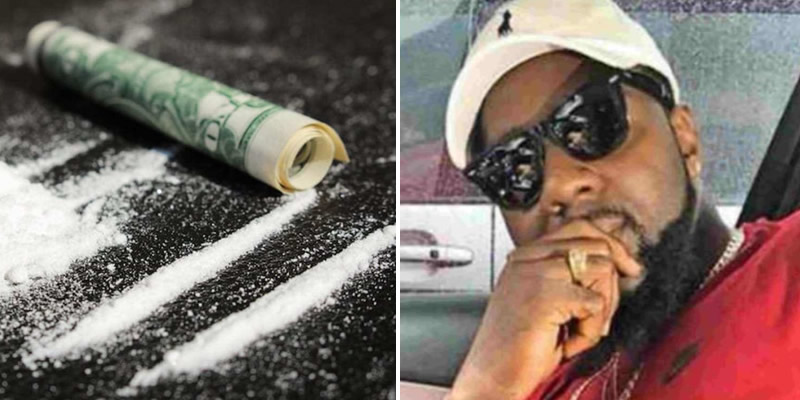 For the second time, Nigerian suspected drug baron, Kelvin Adeshina has been arrested and deported from Kenya

A Nigerian man linked to drug trafficking was arrested for the second time in Nairobi and deported after making a mysterious return.

33-years old Kelvin Adeshina Akinjiola was first arrested in July last year after he was suspected to be a drug baron. The orders to deport Akinjiola were issued by Interior Cabinet Secretary Dr Fred Matiang’i.

While confirming the second incident, officers from the Department of Immigration Services intimated to the Daily Nation that the suspect was deported and arrested upon arrival at the Murtala Muhammed International Airport in Lagos, Nigeria.

“He was deported on Saturday and arrested upon arrival in Lagos, Nigeria,” Mr Alexandar Muteshi the Director of Immigration services told the local daily. Security sources at the Jomo Kenyatta International Airport told the local daily that the suspect was spotted at JKIA as late as Tuesday.

The local daily reported that following the arrest of Akinjiola, a former powerful police boss tried to influence officers at JKIA to release the suspect but his efforts were unsuccessful. It’s alleged that the suspected drug baron is a well connected man.

According to local media reports, Akinjiola is a well-known figure in the city’s high-end entertainment joints where he openly hangs out with influential figures and often dishes out money. He is also said to have armed bodyguards, known for carrying wads of money and drives expensive cars in the city.

In several instances, he is said to have recorded videos and posted them on his social media pages. In one instance, the local daily reported that his live videos posted online showed him driving around Nairobi in a Mercedes Benz, contrary to Dr Matiangi’s reports that he was in police custody.

According to a police report, his high end lifestyle can be attributed to proceeds of his drugs trade. In March last year, he is reported to have organised a birthday party at a popular club on Kilimani’s Galana Road. His second mysterious return into the country, has raised more questions than answers considering reports that he was placed on a watch-list and banned from re-entering the country.

‘I can’t take this anymore’, says woman with gigantic chest as she…