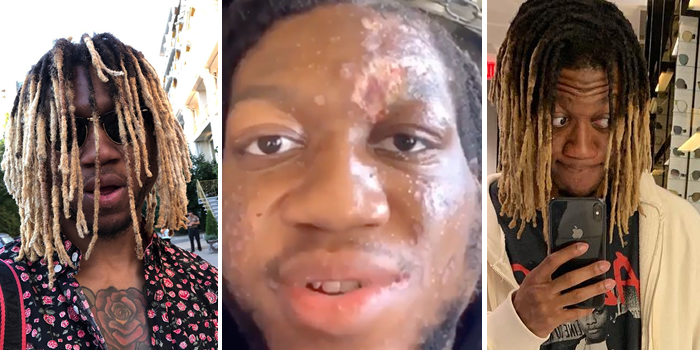 US rapper, OG Maco has complained about being abandoned by friends as he suffers a terrible skin-eating disease. The rapper made this via social media where he shared pictures of what his face now looks like as he battles the disease.

In a video he shared, OG Maco explained how he contracted the skin-eating disease, Necrotizing Fasciitis, which is a serious skin infection that results in the death of parts of the body’s soft tissue and spreads rapidly.

According to him he contracted it after being wrongly treated for minor rash. Since the diagnosis, his friends have all turned their backs on him.

Court Orders US Rapper; Lil Wayne To Pay Over N54 Million Over Fake…

US rapper, Blueface Gets Into Confrontation With His Mom and Sister…

“I’ve been going through this for about three months and everybody who I thought would be there, who I thought I could depend one, just wasn’t there. You know, um, people who I’ve given all my love to and all of my everything to, just didn’t show up. And it caused me to not really trust anybody or believe in anything. And I went through really the worst of it. I’ve been scared a lot, um, I didn’t know what was gon’ happen. I didn’t know if I was gon’ lose my entire face, I almost did. Um, necrosis, if you ever had one, if you ever get one, just keep the faith”, OG Maco shared. 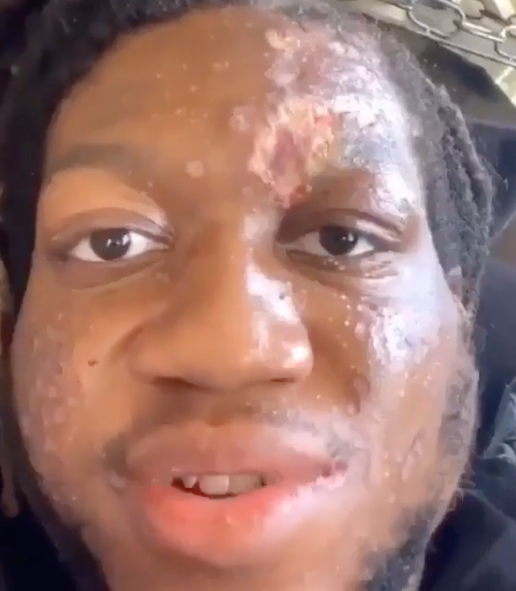