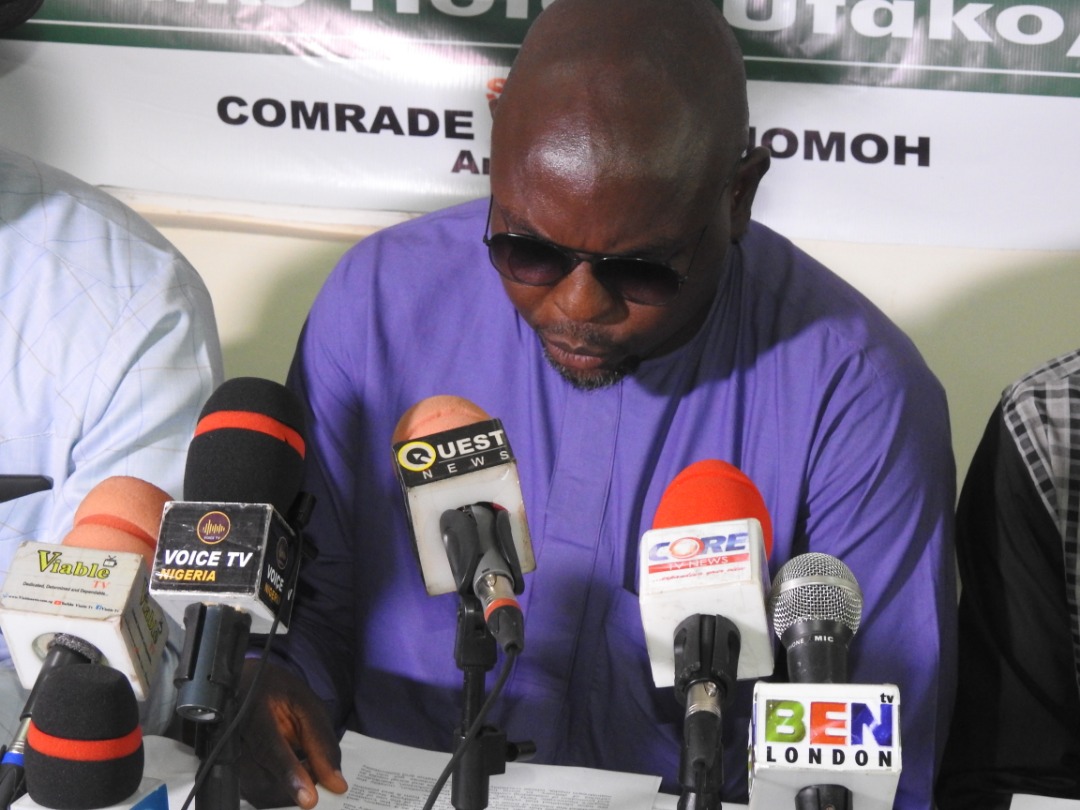 The Coalition for Change and Transparency (CCT) has accused Governor Nyesom Wike of Rivers State of sponsoring propaganda and fake news against the Nigerian Army during the just concluded Governorship and State Assembly elections.

In a bid to undermine the military’s exceptional and harmless conduct at the polls, Mr Wike and his wailing cohorts in the Peoples Democratic Party (PDP) resorted to cheap blackmails, going as far as bribing the UK Consulate to the tune of $1 million.

In a press conference in Abuja, Monday, CCT’s President Danesi Momoh revealed that the embattled governor’s latest plot isn’t particularly strange, especially after his failed attempt to induce military personnel to rig the elections in favour of the PDP.

The Coalition, therefore, concluded that the motive of Mr Wike was purely to manipulate the outcome of the elections and when that wasn’t possible, he resorted to propaganda.

“During the state elections, fake news was deployed as a propaganda weapon against the military by those who felt they were unable to rig or manipulate the elections because of the critical role the military was playing. Interestingly, such fake news was targeted at areas where the military had successfully prevented violence from spiraling out of control.
Considering that fake news is now recognized globally as a weapon, and knowing the damages that could result from its deployment, the Coalition for Change and Transparency (CCT) reviewed instances of the use of fake news against the Nigerian Military with a view to identifying those that deployed it, those that exploited it, those that benefit from it and possibly understand the intents of those in the fake news chain.

“We have identified that cyber operatives of the opposition, notably the People’s Democratic Party (PDP), are behind the production, distribution and promotion of misleading content using new media and social media as vehicles of delivery. In some instances, such contents get into the mainstream media, whose credibility and traditional status and believability are exploited to confer credibility on the lies being told by the propagandists. It is most unfortunate that even these cyber operatives and the opposition are being used in the fake news chain as the real culprit are foreign operatives that exploit such content. A specific culprit is the United Kingdom, which based its assessment of the election on fake news about the military beating staff of the Independent National Electoral Commission (INEC), effectively exploiting the fake news that it had trained the cyber operatives of the opposition to produce.

“The Coalition for Change and Transparency (CCT) therefore condemns in the strongest terms possible the United Kingdom’s unwarranted deployment of fake news to cause disaffection among Nigerians and against the Nigerian military. We see it as a deliberate and calculated attempt to cause violence against the military such that the situation will quickly degenerate to a point where violent anti-military protests will bring down the government and cause constitutional crisis for the country.

CCT hereby by asks the United Kingdom High Commission in Nigeria to retract the offensive tweet and apologize for willfully attempting to incite violence in Nigeria through the promotion of fake news. We in the same vein demand that @UKinnigeria including the UK High Commission in Nigeria cease further comments about the election in Nigeria or be faced with deterrent actions from citizens. Nigeria does not interfere in UK elections so there is no justification for the attempts by the United Kingdom to manipulate the conduct and the outcome of the elections in Nigeria.”

The CCT, however, urged the Federal Government to ” explore all available diplomatic channels and options to drive home the message to the United Kingdom that the British Empire expired long ago and Nigeria is not the place to revive the antiquated concept. The Federal Government owes it a duty to Nigerians, who were unnecessarily terrorized by the fake news, to ensure that the consular staff that were behind the offensive tweet are recalled by their country. This will also show that Nigeria will not tolerate undue interference by foreigners in the country’s affairs.
In the light of the fact-checking conducted by TheCable, the Nigerian Military should assemble fact, present same to the UK High Commission in Nigeria, and demand an apology and deletion of the lie from the timeline of @UKinnigeria.”

Ethiopian Airlines Crash: How wife of Nigerian Professor, Pius Adesanmi breaks news of the Scholar’s death to their Daughter