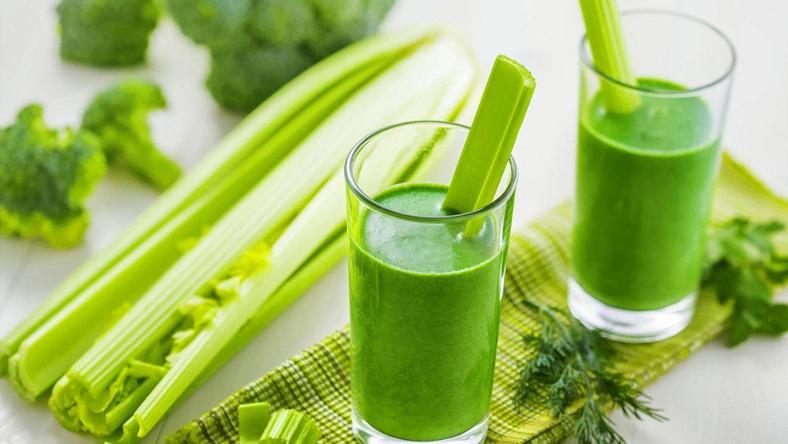 Check out the 5 incredible health benefits of celery juice

The celery juice movement is the latest health trend which is popular among celebrities and influencers but what are the benefits? It calls for drinking blended and drained celery every morning on an empty stomach and is said to have almost miraculous effects. Various celebrity testimonials promoting the drink, have made the celery juice hype spread across social media.

Celery contains special nutrients in its fibers which are activated when the celery is turned into juice. These nutrients act as a natural laxative and relax the nerves that have been damaged by unhealthy lifestyle and eating unhealthy, processed foods.

Celery juice soothes and cools the digestive system and acts as an anti-inflammatory in the gastrointestinal tract. Celery juice works wonders for those with bowel issues and Irritable Bowel Syndrome.

Celery is also very high in natural sodium and that can really help you absorb the rest of the food you eat throughout the day.

Celery is very high in calcium and silicon which help to regenerate and strengthen damaged bones. It is also packed full of Vitamin K which plays an important role in bone health and helps fight against osteoporosis.

A lack of natural sodium in your diet causes your body to pull it from your bones, making them weak and brittle over time. However, celery is here to help humans strengthen and replenish their body’s skeletal system.

Celery contains a particular compound called coumarins which promotes the activity of white blood cells and assists the vascular system. This helps the blood flow, reduces blood pressure and purifies the bloodstream.

Many diseases of the nervous and blood systems are due to the inorganic elements and salts taken in by the body in the form of dead processed products. The sodium in celery also maintains the fluidity of the blood.

It is also rich in Vitamin A, C, iron, and magnesium, an elite combination which nourishes and builds back red blood cells. In this case, celery works wonders for those dealing with high blood pressure.

Celery juice is extremely hydrating and alkaline, making it great for balancing out the pH in the body and neutralsiing acid. This protect healthy cells lowers the risk of a range of conditions including heart disease, retaining bone density, reducing inflammation and boosting the immune system.

Drinking celery juice by itself, compared to mixing it with other ingredients, simplifies digestion and elimination, helping the body to cleanse, detoxify and restore.

Luteolin is a potent bioflavonoid that has been shown to stop the effects of certain enzymes which activate genes responsible for inflammatory response. Luteolin is also a strong antioxidant helping to fight free radical damage and reduce oxidative DNA damage related to inflammation.

Polyacetylene is also considered one of the best defenders against inflammation, working to lower levels of inflammatory tissues in the body.

There you have it, celery juice seems to be not just hype but actually help with fighting man ailments and restoring your body’s natural balance. From heart disease to IBS, brittle bones and MS, celery juice has been said to make a marked improvement with consistent use.

Will you try a chilled glass of celery juice?