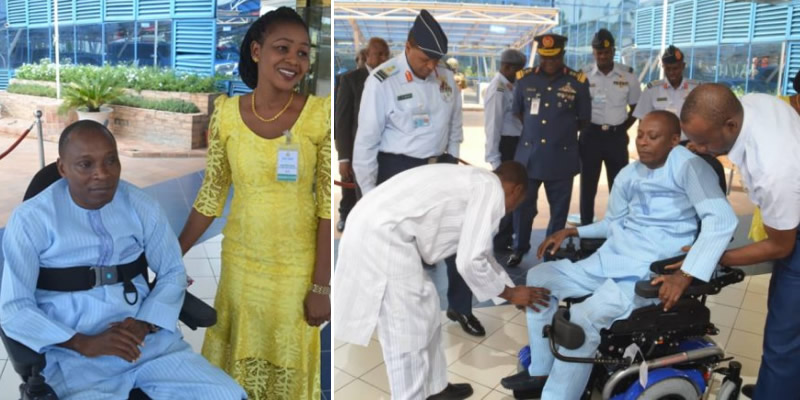 The Chief of the Air Staff (CAS), Air Marshal Sadique Abubakar, has fulfilled a promise made in 2014 for the provision of a wheelchair to retired Flight Lieutenant Dauda Philip.

The specialised wheelchair, which was bought at a cost of 16,577.10 Pounds Sterling (almost N8 million) , was formally handed over to the retired officer, yesterday, 13 March 2019. 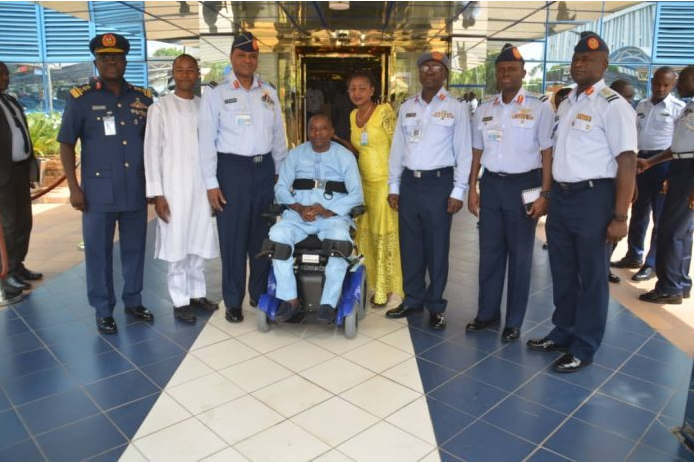 The retired officer was involved in a road traffic accident on 13 September 2008, in which he sustained a spinal cord injury that left him paralyzed. Despite being treated within the country and evacuated for advanced care in Egypt and India by the Nigerian Air Force (NAF), he eventually lost total use of his upper and lower limbs.

He was subsequently retired from the NAF on 4 December 2014 with a recommendation that a motorized wheelchair should be provided to aid his movement in retirement. 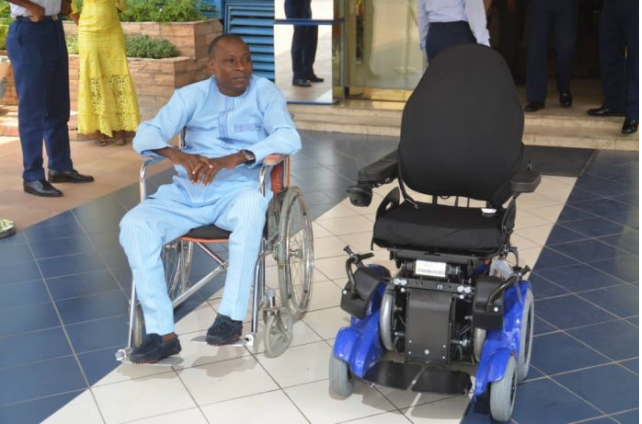 However, this was not done, which prompted the retired officer to appeal to the present CAS for the provision of a wheelchair. The CAS, who was hitherto unaware of his predicament, swiftly approved the recommendation and the specialised wheelchair was ordered.

Speaking while making the presentation of the motorized wheelchair, Air Marshal Abubakar thanked the retired officer for his service to the NAF and the Nation at large. He stated that the Service would continue to support any member of the NAF family with medical challenges in every way possible, whether they are serving or retired. “Be assured that we will support you in any way we can to make life more comfortable for you”, the CAS said. 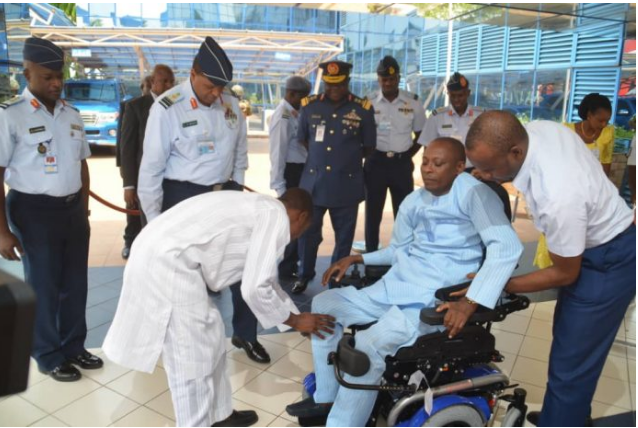 Responding, the elated retired officer expressed profound appreciation to the NAF for his magnanimity. He said “God has used you to acquire this wheelchair for me, which was promised before you took over the affairs of the NAF. I am really grateful for the provision of the wheelchair as it would improve my quality of life.” 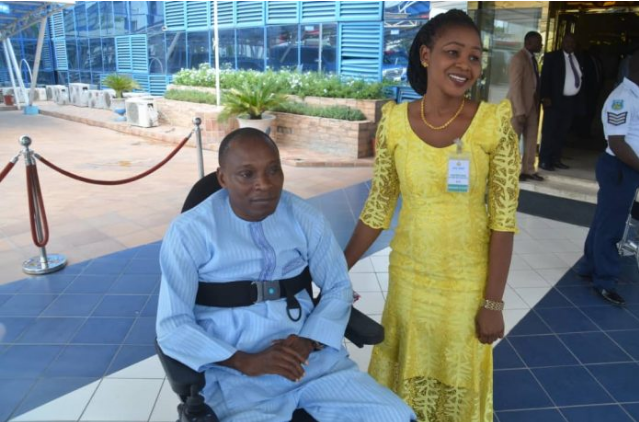 Present at the ceremony were the wife of the retired officer, Mrs Naomi Philip, as well as the Chief of Administration, Air Vice Marshal Kingsley Lar, Chief of Medical Services, Air Commodore Mohammed Shaibu and other senior Headquarters NAF staff officers.