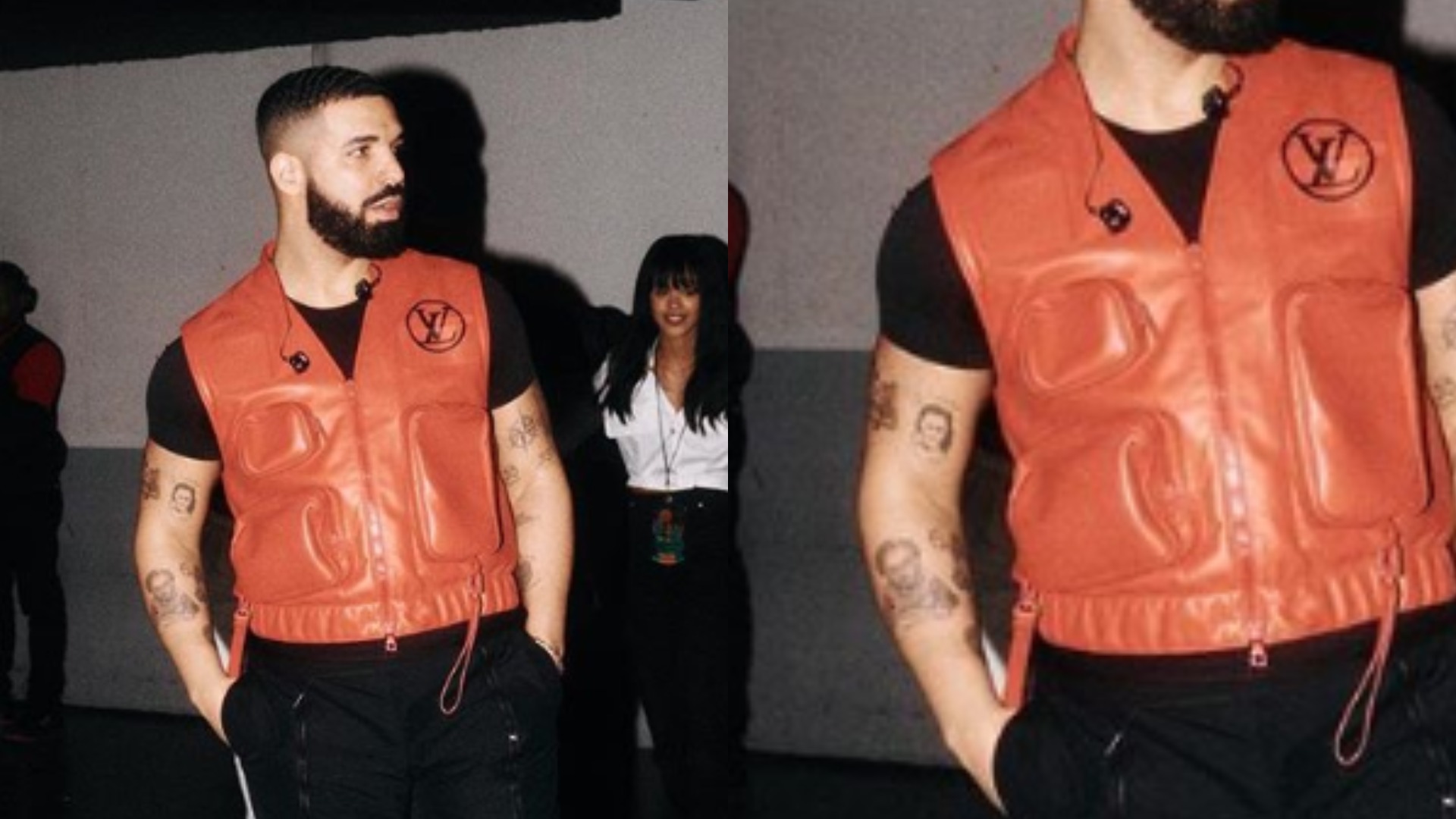 Canadian award-winning rapper, Drake, who started embracing fatherhood in public ever since Pusha T spilled the tea on “The Story Of Adidon.” diss track, has gotten a portrait of his son tattooed on his left arm.

The rapper shared a series of new photos with one of the images giving his fans a quick look at how his son Adonis looks like as he showed off the new tattoo.

Aubameyang reveals why he celebrated against Rennes with Black Panther mask

DJ Sose Reveals The Reason Why He Tattooed His Face