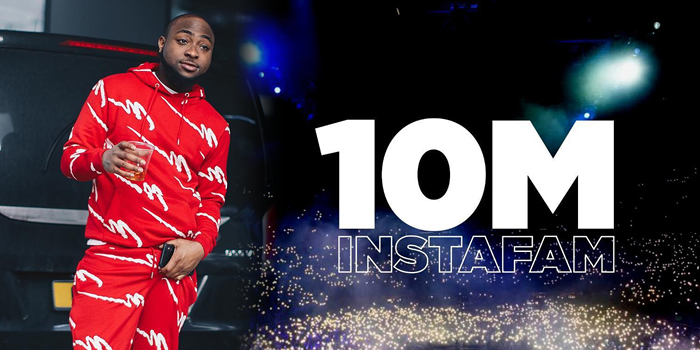 Nigerian music star, Davido, now has 10 million followers on Instagram. The singer is the first Nigerian artiste to have such a high social media following. Davido has taken to his page to celebrate the achievement

Social media following goes a long way in giving celebrities the reach they desire. This goes to show that people enjoy their work and their content.

The larger a fan base, the better credibility a person has. Nigerian celebrities usually do not joke with their social media followers as they do all they can to entertain them.

One of Nigeria’s biggest stars, David ‘Davido’ Adeleke recently got the encouragement he desires after his followers on Instagram reached 10 million.

The singer also took to his Insta story to slam haters who often troll him for posting his achievements from time to time. He explained that he is posting every win for everyone to see.

Interestingly, Davido is the only Nigerian entertainer to reach such a high level of followers. His greatest competitor and colleague, Wizkid, has just 7.2 million followers on the application while another big star, Burna Boy, has 2.5 million followers.

This great achievement of Davido’s is coming in less than two months after the singer celebrated having 9 million followers on Instagram.

Seeing as his followers are rapidly growing, the music star is definitely doing something right.