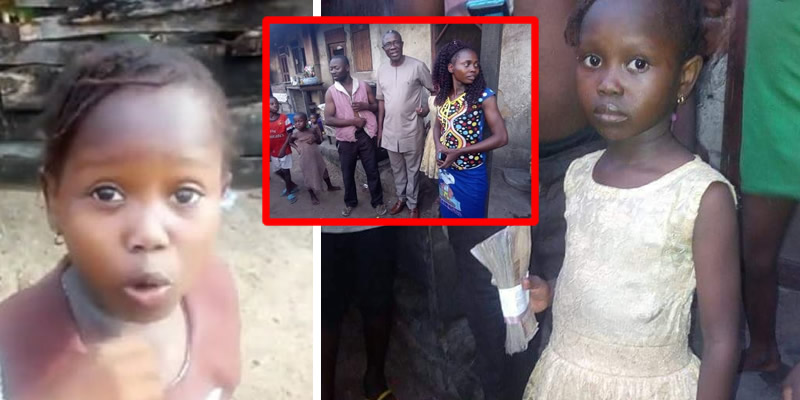 Delta State Official Visits Success, The Girl Who Was Sent Home For Not Paying Her Fees, Set To Establish Parents.

Recall that a video of Success, a primary school student in Delta state who was sent home for not paying her schools has attracted the attention of Nigerians, most of who have offered to help pay her fees of N12,000.

Viral video of Success has also  got the attention of the Delta state government who had one of their officials pay a visit to the girl and her parents in their home with gifts of cash and promises to help her family, a Twitter user @azukamukolu wrote.

The Power of Social Media at work. Little Success & her parents were paid an unscheduled visit by a Delta State Gov’t official who gifted her some money & promised to establish her parents. Thanks @_iBarelyTweet @Tutsy22 & everyone who escalated this.