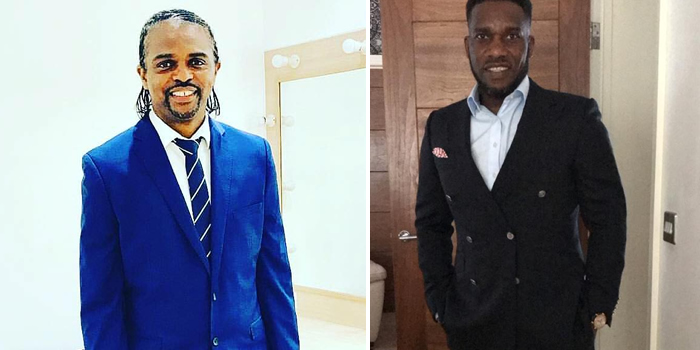 Kanu speaks on rift between him and Jay-Jay Okocha

Former Super Eagles captain, Nwankwo Kanu has debunked rumors that there’s a riftt between him and Jay-Jay Okocha, a fellow former player of the Nigerian national team.

He made this known while speaking to Brilla FM concerning fixtures for the UEFA Champions League round of eight.

“I don’t have a problem with Jay Jay. He’s my ‘senior brother’. We speak the same language, eat, drink and play together.

“Our families have good relationship and when I say we’re brothers, we are more than brothers; so people should not peddle such rumours”, he said.

“If Ajax play like they did against Real Madrid, it won’t be easy for Juventus so let’s cross our fingers and see what is going to come out from there.

”Ajax were unbelievable against Real Madrid.”

Speaking on Arsenal’s chances of qualifying for next season’s UCL, Kanu who won the UEFA Champions League with Ajax said:

“We (Arsenal) are fighting for fourth place in the league and if we win the Europa League, great. With due respect to Napoli, Arsenal will give them a strong game.”

Don Jazzy speaks on his single life without kids