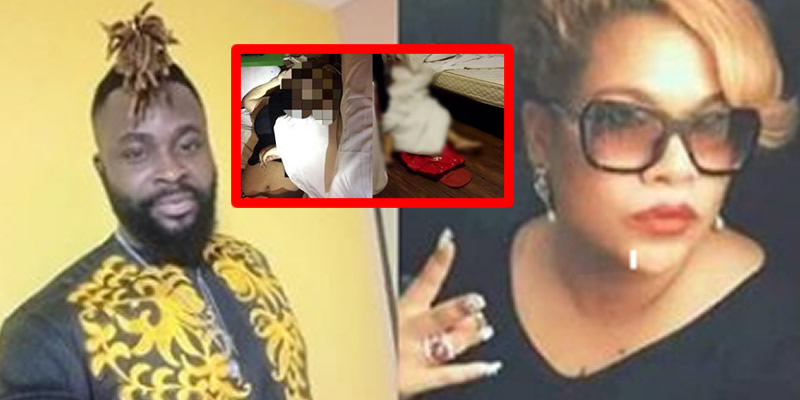 A Nigerian man identified as John Odoemenam has fled from Thailand after allegedly killing a jeweler in a Bangkok hotel on Sunday.

A Nigerian man identified as John Odoemenam but uses a fake South African passport with the name, Mzwakhe Memela, has been declared wanted after allegedly killing a Thai woman whose body was found in a Bangkok hotel on Sunday.

Police said Odoemenam was seen in security camera footage leaving the room of Susama Ruenrit, 35, from Kanchanaburi, on Sunday morning. Her lifeless body was later found by a staff.

Hotel receptionist, Payu Srikhung, said he and other staff checked the room at noon on Sunday, after Susama failed to pay her bills. The deceased did not answer the door, so Payu used a spare key and found the body wrapped in a sheet.

She had been hit on the head. Police said the jeweler checked into the hotel at 9.50pm on Saturday before going out and returning at 4am. The security cameras show Odoemenam entering her room at 8am Sunday and leaving at 8.45.

He is seen walking towards the elevator while staring at Susama’s room. Police suspect that the suspect went to the room to cut a deal involving jewellery but when negotiations went wrong, he struck and killed her.

He was said to have fled to Hong Kong immediately after committing the crime because he knows the Hong Kong doesn’t have an extradition treaty with Thailand.

PHOTO: 23 years after on the run, Wanted French couple arrested in Abidjan