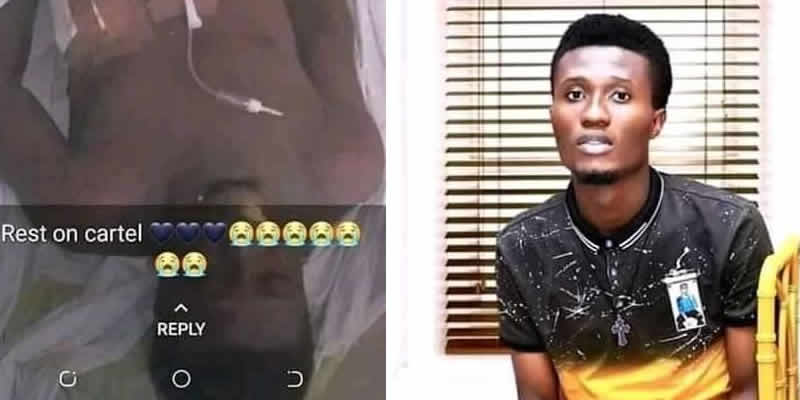 The deceased identified as Alex Jude, a final year student of the institution – was shot by gun-weilding armed robbers on Monday, March 25th.

It was gathered that victim was rushed to the Federal Medical Center (FMC) in Owerri, where he reportedly had a sucessful operation.

He was said to have died the next day as his corpse has since been deposited in the morgue.

His friends and colleagues have taken to social media to mourn the loss.