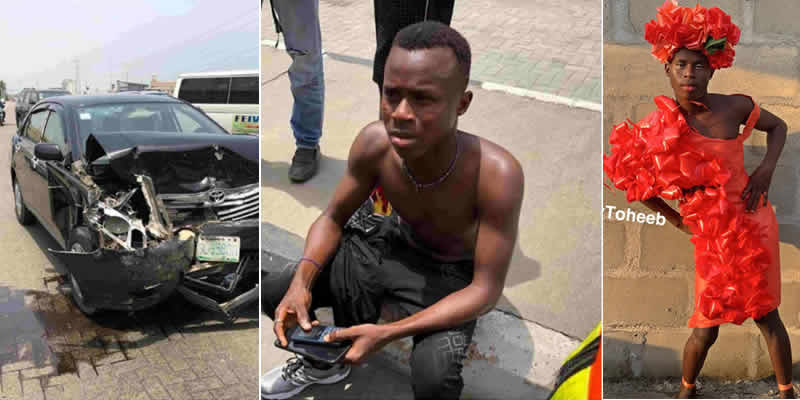 Popular Nigerian Instagram comedian Funny Toheeb is lucky to be alive after the car he was traveling in had a brake failure today in Lagos.

The funny guy survived what could have been a fatal accident after his car suffered a brake failure .

According to Toheeb he has now been rendered car-less. The comedian had moments ago, taken to social media to give thanks to God for sparing his life in the accident, even as he also lamented that he is car-less now.

In the photo he posted on his Instagram page, the frontal of the car could be seen totally damaged in the accident that was caused by an apparent brake failure.

At this sad point, all I just have to say is thank you Lord for keeping me ??… break failure ??‍♂️. Life has rendered me car-less wow.