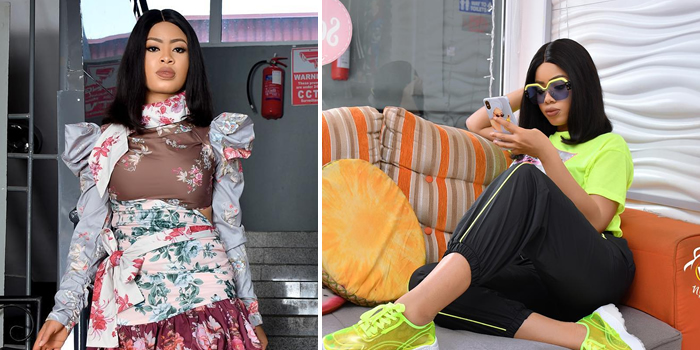 2018 BBNaija reality star, Onyenobi Nina Chinonso populary known as Nina Ivy, appears to have grown a thick skin and an unbothered attitude ever since the BBNaija reunion show begun and this shows in her posts of recent.

Recall just a while ago during the reunion show, Nina revealed she met Miracle during the auditions and they were just friends without any physical attraction between them. Things changed after she realized they would be in the house for some time without a TV or their phones and she needed someone to hug and be close to.

However, the two seemed to have fallen out with each other after the show and as expected, fans are not letting her forget about her relationship with the 2018 BBNaija winner. Responding to them, she took to her Twitter account to drop some serious revelations.

“All these ppl still dwelling on my past relationships…Mehn you need to meet my new man..so you can shut the fvck up.”

Annie Idibia talks about healing and forgiveness in new interview

“Must I marry a Big Brother housemate?” – Nina reacts to Khafi and Gedoni’s…

“Do you have a benz? Don’t play with me ” – Tacha slams Nina Ivy and her haters…

Nina Ivy steps out in gorgeous Outfits in Atlanta (Photos)