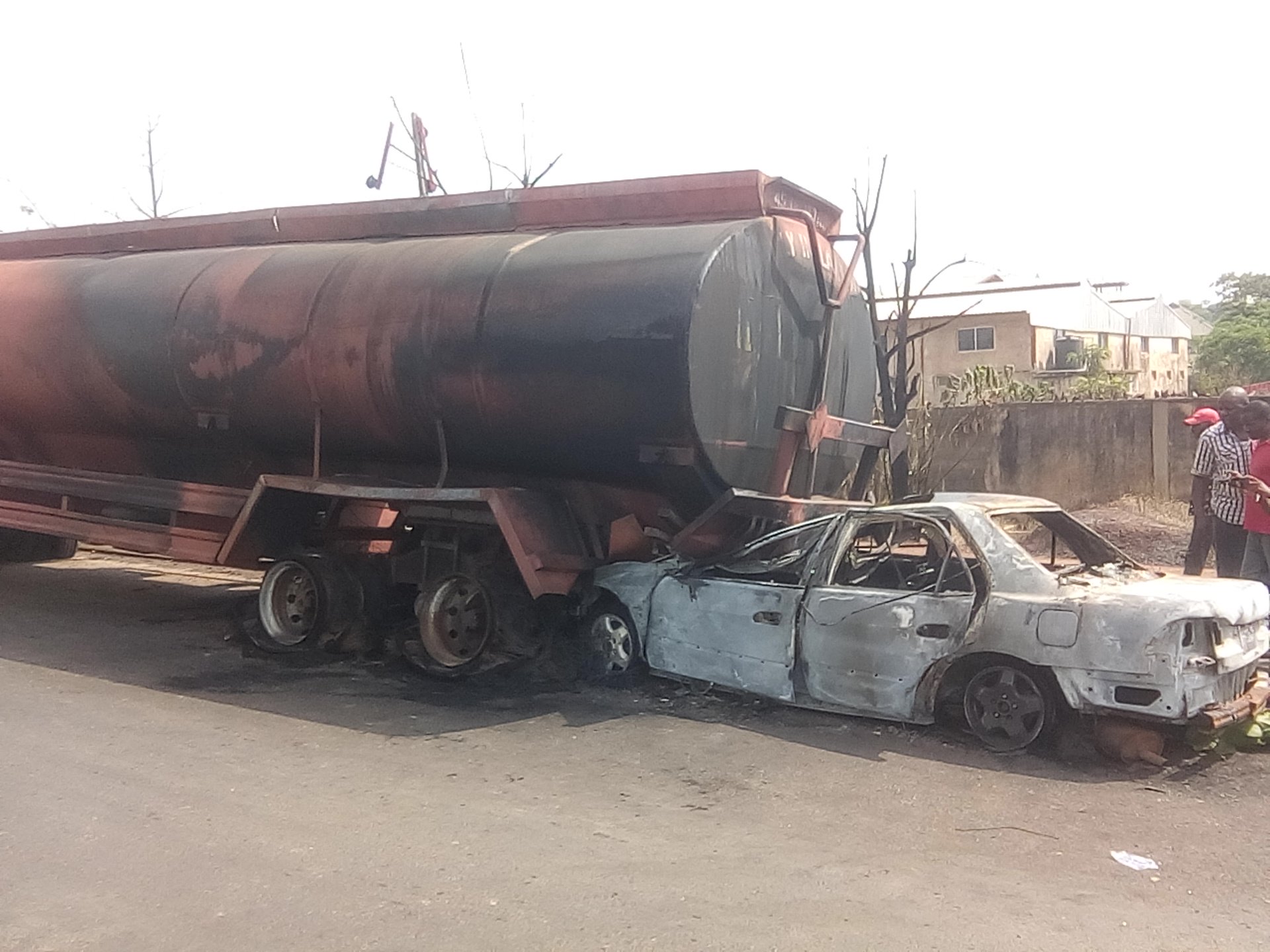 A fuel tanker explosion that occurred along Abakaliki/Enugu express road yesterday burnt to ashes two drivers and a welder popularly known as best Brian, whose shop was located at Afikpo Abakaliki.

Investigation revealed that the tanker driver was said to be returning from Cross River state where he went to off-load part of the fuel to the owner.

It was further gathered that the tanker had a burst tyre but the driver tried to stop when a car belonging to the welder with the registration number APP 607 AR rammed into it and went aflame.

The tanker exploded immediately and both of them got burnt beyond recognition. The welder was trapped inside his car but the driver who jumped out, trying to wage the tanker was caught by the flame and later died in the hospital.

An eyewitness who spoke to newsmen on unanimity said, “Best Brian was with us yesterday at the building material and when we finished talking, he said he was going home because he comes from the village to work everyday.

“How I wish he was alive to tell the story how the incident happened. Now he is burnt beyond recognition. We don’t know whether he was drunk or that he was answering a call, that caused him to ram into the tanker,” he said.

He revealed that the brother of the deceased welder who bought a new car recently, also had an accident but survived it and now, this has happened.

It was gathered that the accident occurred at the same scene where another tanker carrying diesel failed and destroyed property worth millions of Naira.

At the time of filing this report, all efforts to get the reaction of the officials of the Federal Road Safety Commission, FRSC, were unsuccessful.