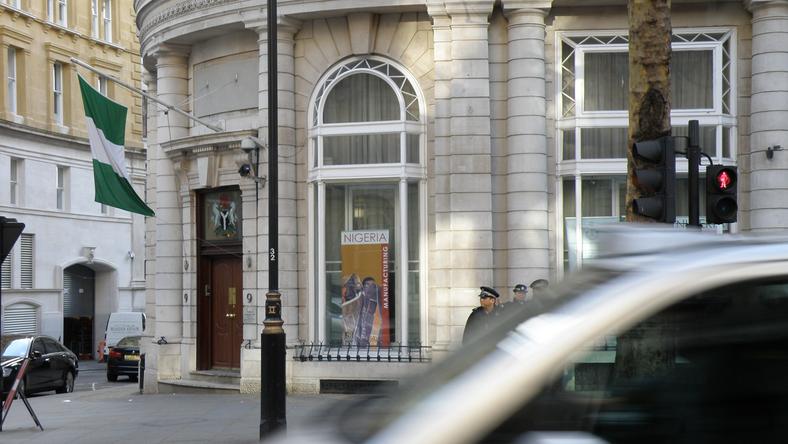 While defending the budget estimate of the Ministry of Foreign Affairs before the Senate Committee on Foreign Affairs, the ministry’s Permanent Secretary, Mustapha Suleiman, said only 30 embassies can be funded with the capital votes earmarked in the budget.

He lamented that the N4.123 billion capital votes proposed for the Missions for the 2019 fiscal year, out of the entire N7.6 billion proposed for the foreign affairs ministry, can only cover 30 out of the 110 Missions abroad that were critically in need of such funding.

According to a report by ThisDay, Suleiman said the N4.123 billion capital votes proposed for all the 110 Missions was a far cry from the N11.333 billion earmarked in 2018, signifying a 64% reduction.

“As a result of this, only 30 Missions could be considered out of 110 Missions for purchase of representational car, renovation/completion of ongoing projects,” he said.

The Chairman of the Senate Committee, Senator Monsurat Sunmonu, expressed concern over the deplorable state of many of Nigeria’s embassies abroad and wondered why the foreign affairs ministry made meagre budgetary proposals.

He decried the state of Nigeria’s embassy in Russia where he claimed that the flusher in the toilet does not work. He also said most embassies cannot pay their electricity or water bills.

He said, “No responsible nation that has clear-cut development-driven and visionary foreign policy will deliberately underfund her foreign missions.

“For the past four years, this committee has been over-sighting this ministry in terms of budgetary appropriations and other assistance, no significant progress can be said to have been made.

“Most of our missions are in sorry states by not being able to pay their electricity or water bills and even the nation’s diplomats too are in a state of hunger and indebtedness based on information gathered or practical experience witnessed.

“Many of the so-called diplomats cannot pay their children’s school fees particularly in Brussels in Belgium, and the worst of it is the toilet of the Nigerian embassy in Moscow , Russia that is stinking due to non-functionality of its flusher, embarrassingly making anybody that uses it to flush it with bucket of water fetched from adjoining embassy.”

He concluded by saying the 2019 budgetary proposals show that the government is not serious about tackling the problem.

Last year, the Nigerian High Commission in London sacked more than 50 members of staff, a decision made due to directives from Headquarters to restructure operations, “taking into consideration the budgetary constraints”.

“I am directed to inform that the High Commission in its efforts to restructure its operations for efficiency and productivity, taking into consideration the budgetary constraints, as well as Headquarters directives to reduce the staff strength and comply with the approved ceilings in our Missions abroad, has decided to terminate your appointment,” the termination letter read.

Some of the dismissed staff protested their termination, revealing they had not been paid their salaries for most of the year.