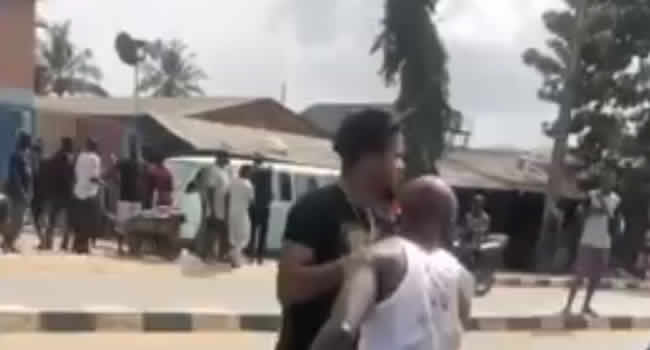 A man got more than he bargained for on Thursday, April 4, 2019, after slapping his wife in the presence of his sister-in-law in Lagos.

The man had stormed his sister-in-law’s shop along the Igando-Ikotun road to continue dragging an issue he had with his wife. In the course of their argument, he slapped her, prompting her to call in her two brothers, who swiftly moved in and stabbed him.

However, while being dragged to the hospital, the husband vowed that the fight has just begun.