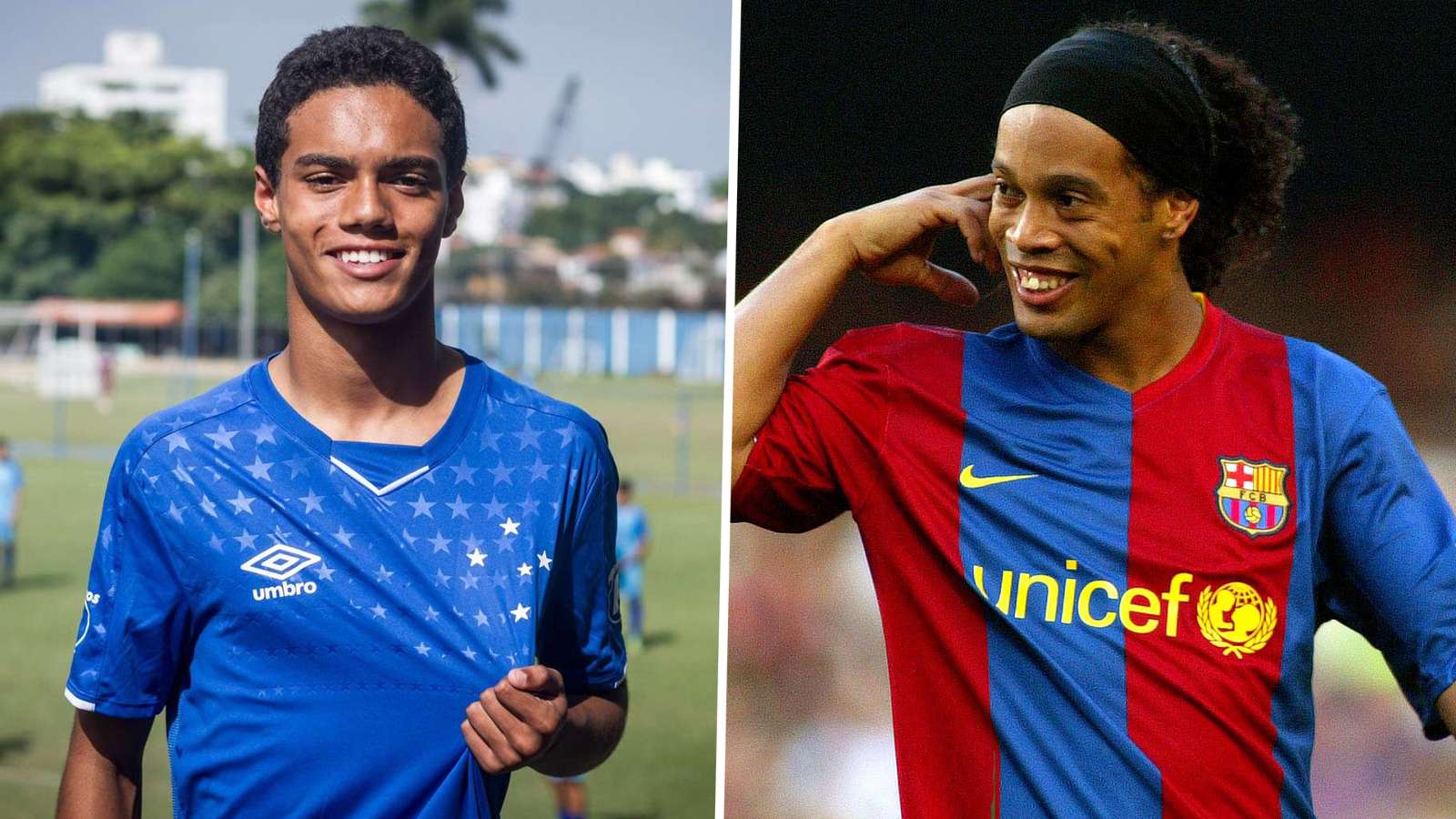 Ronaldinho’s 14-year-old son Joao Mendes has agreed a five-year deal with Brazilian club Cruzeiro – and has been tipped for the first team. Mendes, whose dad Ronaldinho was one of the world’s best players, can play as a centre forward or a second striker.

He told the club’s website : “Today, we signed the contract of Joao Mendes, who is a promising player with interesting characteristics and who, I believe, will soon be integrating with our professional team.

“He is a tall player with high technical quality. A player who can play both as a box player and as a second striker. He is a player who, even with his size, has speed and finishes very well.”

Mendes, who has been at Cruzeiro for a year, said: “It was the team that opened the door for me. I have a great affection for the club

“The training is very good, the structure is very good. It’s the biggest club in Brazil and it’s a pleasure to play here. “It’s a very happy day. Thanks to the board for the confidence you have given to me. I also thank God for me being able to play every day.

“It is a dream that one day I can sign the professional contact with Cruzeiro, play professionally, score a goal in the crowded Mineirao and dedicate it to the fans.”

According to reports, Mendes did not reveal that he was Ronaldinho’s son when he joined Cruzeiro, wanting to impress the coaches on his own merits.