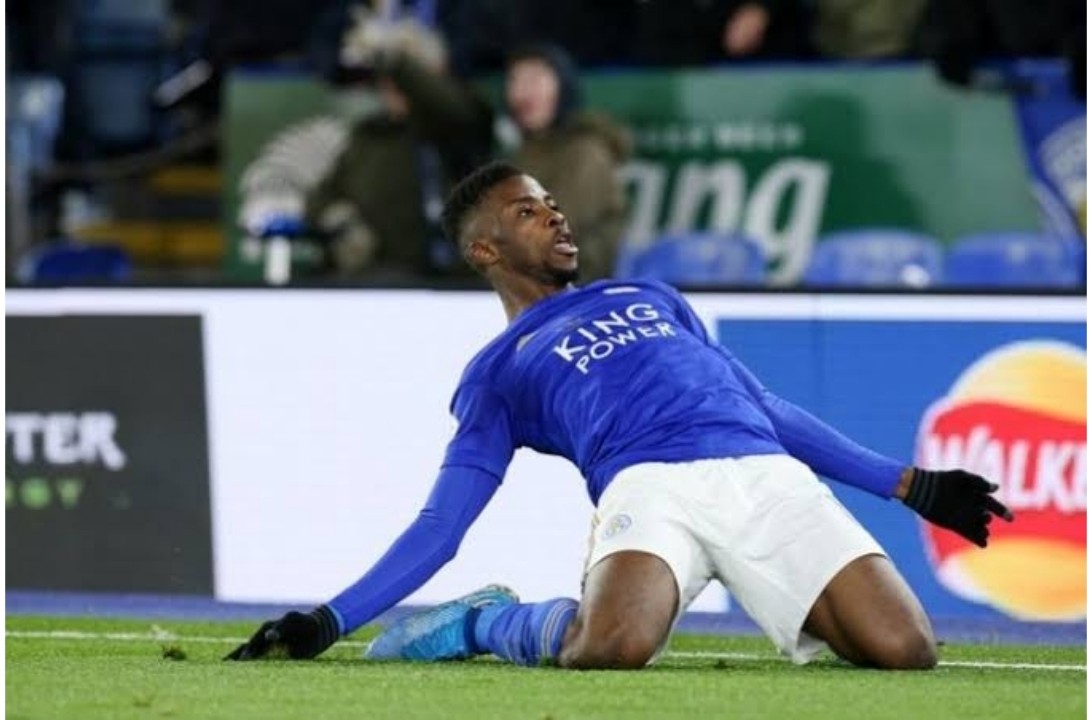 Substitute Iheanacho broke Everton hearts in the fifth minute of stoppage-time when he was allowed to stride through and slot his first Premier League goal of the season past Jordan Pickford, despite being flagged for offside initially.

Amid scenes of confusion, referee Graham Scott let play continue before VAR allowed the goal to stand, with the initial on-the-field ruling of offside deemed incorrect, sparking jubilant celebrations from the Leicester players and backroom staff.

Iheanacho replaced Ayoze Perez in the 62nd minute and started asserting himself strongly in the game. And just six minutes after his introduction, he set up Jamie Vardy to score Leicester’s equalizer in the 68th minute.

Everton had been within touching distance of a battling away point, with Richarlison’s first-half header cancelled out by Vardy’s 13th goal of the season, but the late VAR drama saw the Foxes claim a sixth successive league win.

Ndidi played the entire duration of the match for The Foxes, while Iwobi started for The Toffees but was replaced by Moise Keane in the 79th minute.