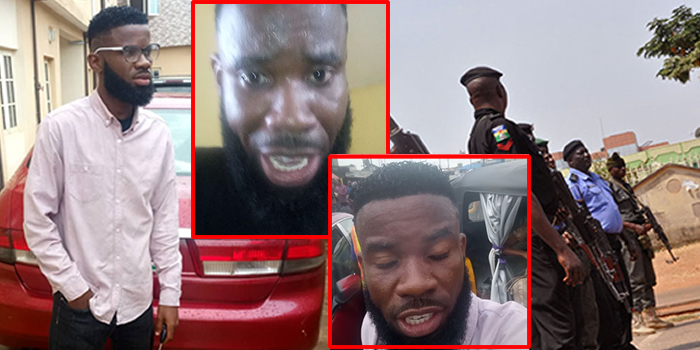 As Nigerians continue to criticise police brutality, Nollywood actor Lanre Adediwura has shared disturbing details of his most recent encounter with police women in Lagos

Ranting in a video clip, Adediwura claimed that he was assaulted by the police and in his presence, a pregnant woman was injured. The actor called on Nigerians to come to his aid

Nollywood actor Lanre Adediwura appears to have been one of the victims of yet another police brutality in Lagos. In a recent post shared on Instagram, Adediwura claimed that he was assaulted by a police women for doing nothing but a law abiding citizen.

In the clip, an obviously angered Lanre can be heard screaming at the top of his voice while trying to explain the details of the incident which occurred on April 10. Lanre said he was packed by the side of the road to pick two colleagues, one being a pregnant woman.

Just as he made his way to drive back onto the road, the police woman attacked him and asked him to get out of his vehicle. It was at that point that she swung into the driver seat and made an attempt to seize the car. In the process she allegedly punched the pregnant lady who immediately started bleeding.

Lanre cried out to Nigerians to come to his aid as he has been brutalised by the Nigerian Police Force and he is demanding justice.

Lanre also claimed that his windscreen was damaged and N50,000 was stolen from his car.