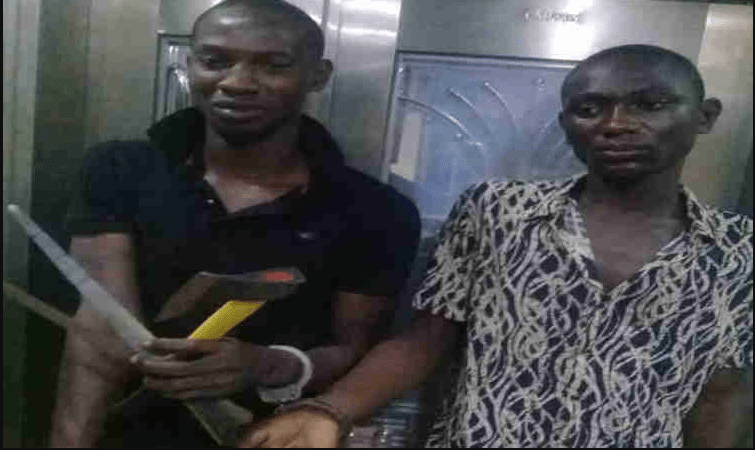 The Police in Lagos have arrested two suspects in connection with the cult clash that happened in Ajah area of Lagos on Sunday. Some suspected cultists were on Sunday beheaded during a clash between rival cult groups in Abraham Adesanya area in Ajah, Lagos State.

It was gathered that the fight took place on the main road of the area, leaving many heads scattered all over the road.

However, Police spokesman in the state, Bala Elkana, on Monday, said on 14th April 2019 at about 8.45am, Ogombo Police Station received a distress call that rival cult groups had a clash of supremacy along Abraham Adesanya, Lekki-Epe Expressway and that four members of Eiye cult gang were killed by Aye members.

He disclosed that two suspects were arrested in connection with the case and that they confessed to the commission of the crime.

“One axe with blood stains was recovered from the suspects. The four corpses were evacuated and deposited at Public mortuary for autopsy.

13 land in prison for murder, burning of Prophet Alfa’s church…

‘Hungry’ man, arrested for beheading a woman and…

“All the corpses have machete cuts with one of the corpses head severed but not taken away. Investigation is ongoing. The Command has launched a manhunt of the other fleeing cult members,” he said.

‘How We Were Initiated Into Eiye Confraternity In Lagos’ – Cultists Reveal

‘Hungry’ man, arrested for beheading a woman and ‘eating her…

Police parade undergraduate, others for kidnapping