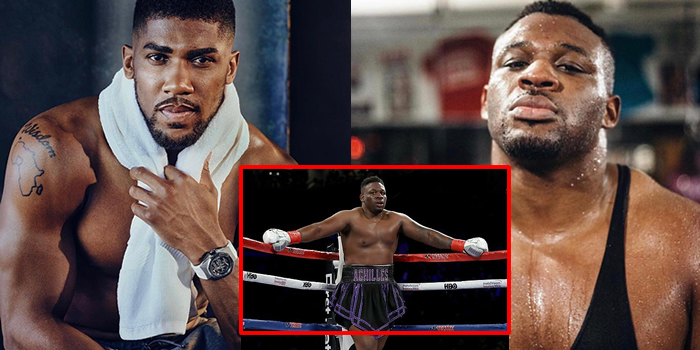 The 29-year-old was scheduled to fight Miller at New York’s Madison Square Garden on June 1.

The revelation of a negative finding for performance-enhancing drugs now leaves promoter Eddie Hearn looking for another heavyweight to face Anthony Joshua with six weeks to go.

‘We have been informed by VADA that there has been an adverse finding in Jarrell Miller’s sample collected on March 20th, 2019. We are working with all relevant parties and will update with more details soon. AJ’s preparation continues for June 1st at MSG.’