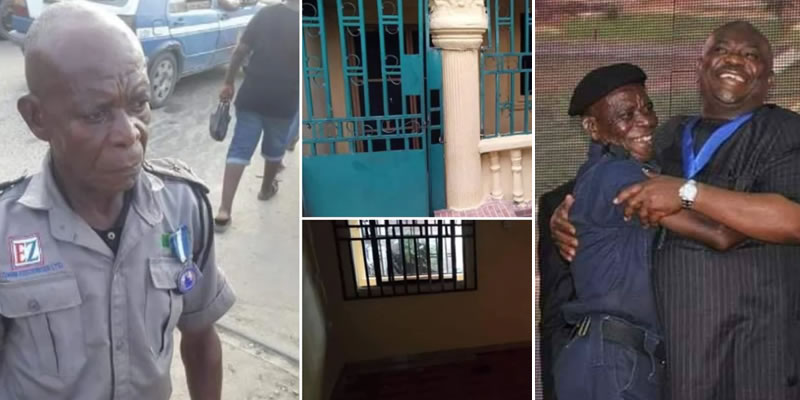 A mayor in the city of Port-Harcourt has extended a helping hand to a popular traffic warden by rewarding him with a rented apartment after he was evicted from his one-room home.

Two weeks ago voluntary traffic warden, Mr. Oporum who bagged the Rivers State Merit Award last year, was forced out of his house in Port-Harcourt, the state capital.

Mr. Oporum earlier revealed that he’s yet to receive any of the promises made to him by Governor of Rivers State, Nyesom Wike who reportedly promised him several benefits including a house amidst fanfare and in the full glare of the press.

According to reports making the rounds, the mayor, Hon Victor Nyeche Ihunwo, came to the aid of the aged traffic warden when he learnt of his housing predicament.

It was gathered that after Ihunwo learnt that the traffic warden had been owing rent since June 2018 and has still not been able to pay up until April 2019, he stepped in by securing a nice apartment for the man and his family, at the Rumu Kalagbor community area.

The plight of Pa Opurum had been brought to the knowledge of his sponsor by a Non-Governmental Organization(NGO), who received provisions to organize a place for the old man and his family to stay.