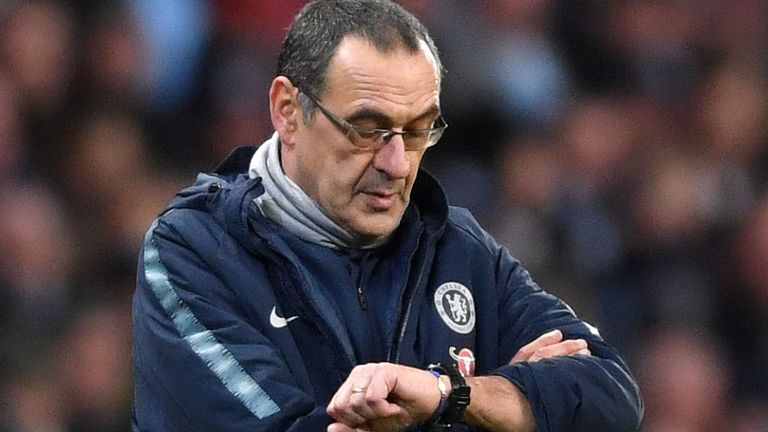 Chelsea head coach Maurizio Sarri defended his first season at the helm, saying it was a success at this stage. Runners-up in the EFL Cup, Chelsea are still chasing a top-four finish in the Premier League and are in the Europa League semi-finals.

Sarri has faced criticism throughout the campaign, but the Italian said his side had enjoyed a good season – albeit with at least five games still to play.

“We played a final, which we lost on penalties. We are in the semi-final in the Europa League. We are fighting for the top four. So the season, at the moment, is good,” he told UK newspapers.

“Of course we have two very, very strong targets – we want the top four in the Premier League and to go to the final of the Europa League. If we are able to get to the final, then we will want to win the final.

“And so I think the season is, at the moment, good. It’s been a very difficult season. We lost two or three matches in the wrong way – without fighting – so the feeling, sometimes, is worse, but it’s only the first step.

“We need to improve more. We need to become competitive for the top. The first step, though, has been good.”

Sarri’s men face Manchester United in a crucial clash on Sunday, sitting fourth in the table but only a point ahead of fifth-placed Arsenal.