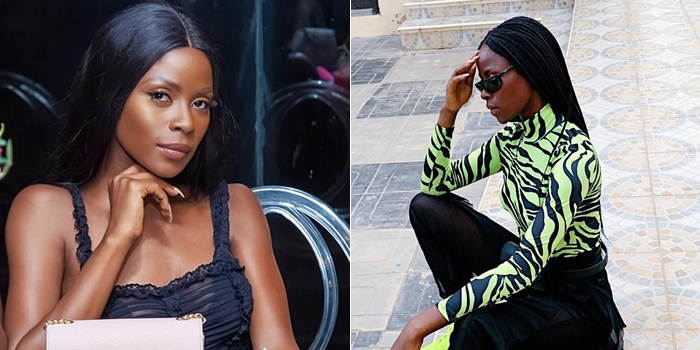 BBNaija’s khloe has a message for some celebrities who she stated fake life on social media, she fired at those who announce their endorsement deals yet collect peanuts for the deals. She added that most of them are suffering and smiling

BBNaija’s Khloe seems to have had just about enough of people’s lifestyle on social media. In a recent post shared on Instagram, the former reality TV star fired at those who display fake lives on social media, but in reality are ‘suffering and smiling.’

The model and budding fashion designer stated that some celebrities are quick to display their new endorsement deals whereas, they sign the deals for peanuts. She added that portraying such image makes people who are actually working hard for money feel terrible.

Khloe prayed that God will help restrain her from exposing those who like to lie or exaggerate their earnings. 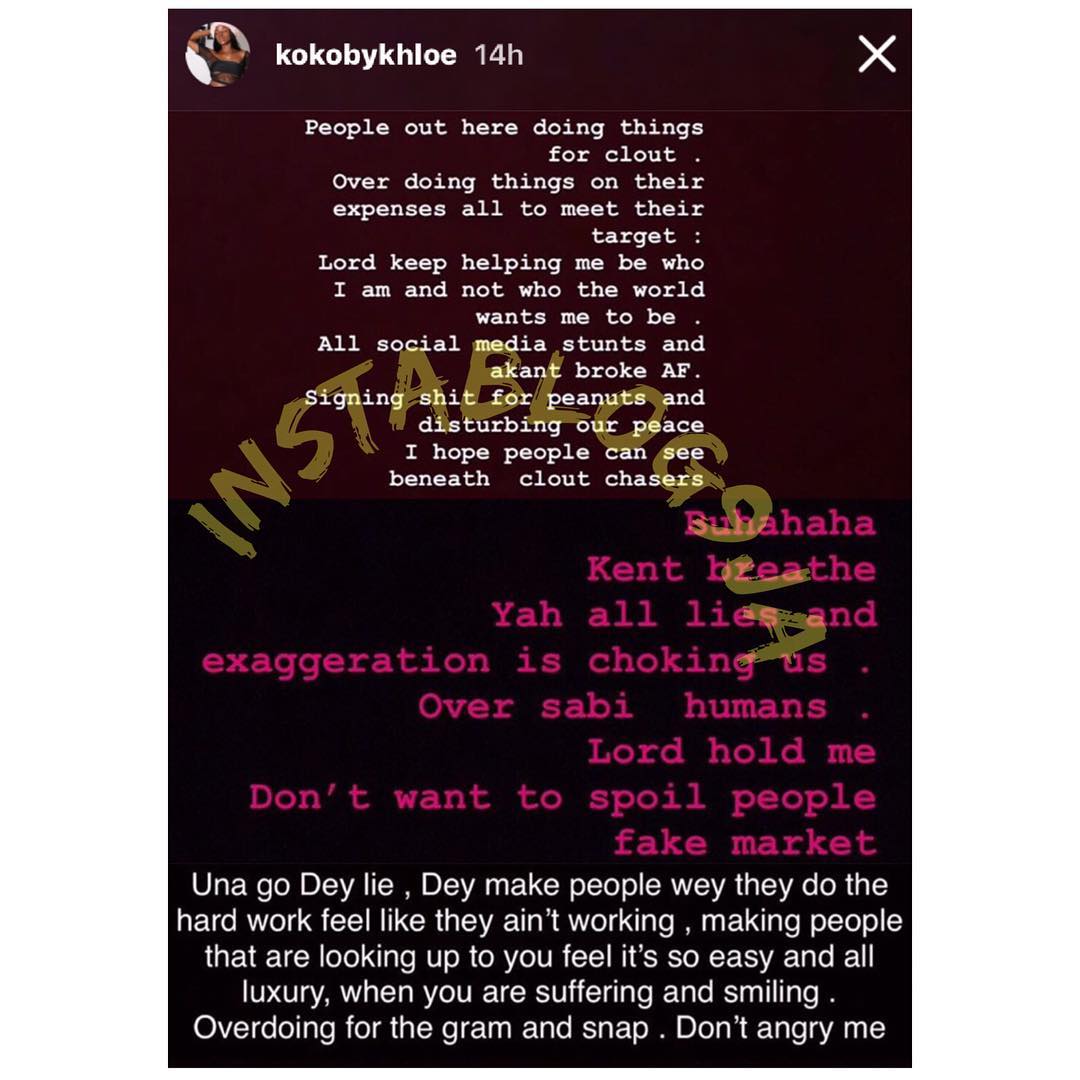 This is coming shortly after it was revealed that her fellow former housemate, Cee-c recently signed to become the latest brand ambassador for a hair brand on Instagram.

Some have concluded that Khloe was firing shots but it is not confirmed if it was targeted at Cee-c or any of the other housemates who all seem to be signing new deals every now so often.