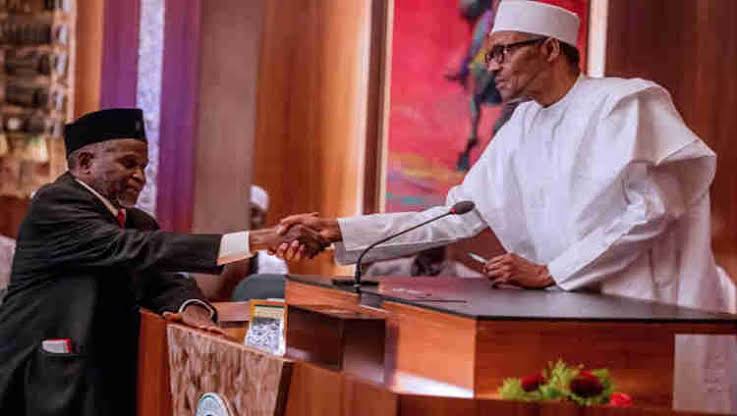 Before Buhari Selects His Cabinets

The Nigerian media has been agog recently with writings and media reports pointing to the possibility of the president being currently occupied in far away London with the onerous duty of carefully selecting men and women of resource who would shoulder the responsibilities of his government for the next four years.

Though no word of it has been officially made known to the public by either the president, his party, the all progressives congress or his aids, Nigerians are already aware by past events, that major political decisions in the country’s polity is best taken behind the scene.

The public however reposed confidence in the president whom they voted in to deliver on his NEXT LEVEL agenda with the hope that the dividend of democracy and its core tenets will be delivered to even the poorest of the poor. We therefore urge the president to carefully select men and women of resource with capacity, character and competence.

Those with the nitty-gritty to deliver Nigeria from its current woes. The president’s good intentions alone cannot salvage Nigeria from the barrage of problems bedeveling the the most populous black nation in the world, just will just like faith without work, it will be ineffective in the face of this many problems . His good intention must be laced and supported by a team of expert who know their onions and who are committed to his agenda of moving the country forward and are not lacking interms of fresh ideas and vitality which must be injected into the system for affective results.

The president must not forget the fact that his government was nearly brought to its knees during the 2019 general elections principally because of the actions, inactions and poor performance of many of his appointees. Nigerians needs him to do better, go beyond the boundaries of ethnicity and religion in getting men and women of competence who can change the narratives of this sinking state for good.

It must not be an avenue for rewarding politicians with positions. The president must think of getting intellectuals and technocrats to work for the betterment of our country. A lawyer will only become a round peg in a square hole if he becomes saddled with power and works projects. Fashola has become so innefective that his untainted record as a workaholic governor of Lagos has suffered alot of criticism and set backs.

The president must also not make the mistake of leaving the youths and women out of his cabinet this time around. We are counting on him and we are holding him responsible for his campaign promises and hoping he would not jettison his intergrity which has followed him from tender age. We are hoping he doesnt sacrifice it on the alter of politics.