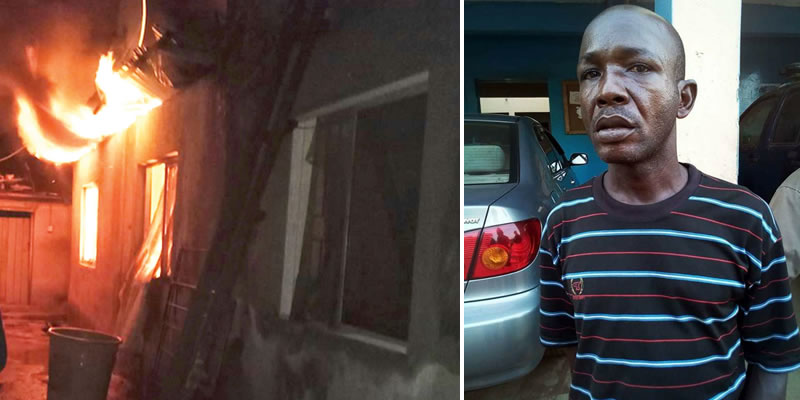 A 40 year-old man identified as Deji Adenuga who allegedly set ablaze his girlfriend’s family house at Ayeka Igbodigo in Okitipupa Local Government area of Ondo State has been arrested by the police.

Adenuga was one of the inmates that escaped at Olokuta prison during the 2013 prison break.

Residents of Igbodigo in Ayeka, Okitipupa, woke up last Tuesday morning to the horrible sight.

While the family members were asleep, Adenuga was reported to have poured petrol around their apartment and set it on fire at 2.00 a.m.

The death toll which was initially five after the attack – rose to eight as three other family members died in the hospital following burn injuries they sustained.

LASU student killed by boyfriend, to be reburied in Lagos