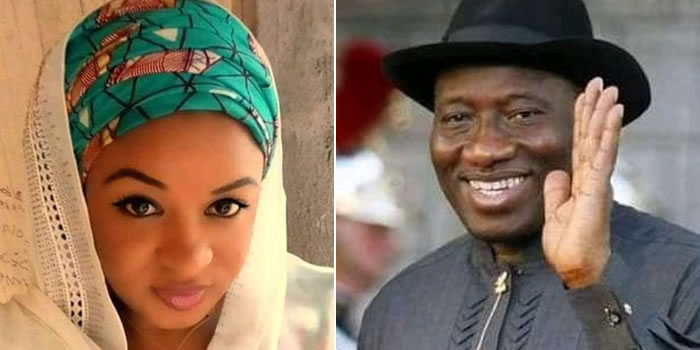 A Nigerian lady identified as Halima Waziri has tendered an unreserved apology to ex-president Goodluck Jonathan. Top Nigerian actress Omotola Jalade has reacted to the post

A Nigerian, Muslim lady identified as Halima Waziri has tendered an unreserved apology to ex-president Goodluck Jonathan for condemning his administration.

The apology was shared on Twitter by Olushola-Shola in which Waziri compared the present state of democracy in Nigeria and to what it was before. This is coming up shortly after President Buhari won his second term bid and is to govern the country for another four years.

Waziri’s apology heaped praises on Jonathan who she described as a man of integrity and not ‘acclaimed integrity’. She further stated that she now realises that Goodluck was a true democrat and not a dictator.

My name is Halima waziri I will like to use this medium to officially apologize to you for criticizing and condemning your administration in the year 2015…. pic.twitter.com/UTrEXBjEeh

…..Until after you left office that i realised the kind of person exactly you were.

you are indeed a man of integrity not acclaimed integrity, you are a real Democrat not a dictator.

Looking at what is happening with our Democratic system today I
recalled one of your…..

Halima also highlighted points from one of former President Jonathan’s old Facebook post where he said that his presidential ambition is not worth the blood of any Nigerian.

"My dear Facebook friends,
I have said it before and I will continue to say and live by the fact that my ambition, and indeed the ambition of anybody, is not worth the blood of any Nigerian….

Recall that President Jonathan was globally praised for conceding defeat by calling President Buhari to congratulate him on winning the 2015 presidential elections.

Therefore, I urge all Nigerians to look forward in hope as we fulfill the dreams of our founding fathers to 'build a nation where peace and Justice reign In that regard, we must make the election of Feb14th, 2015, a contest amongst brothers rather than a struggle between foes.