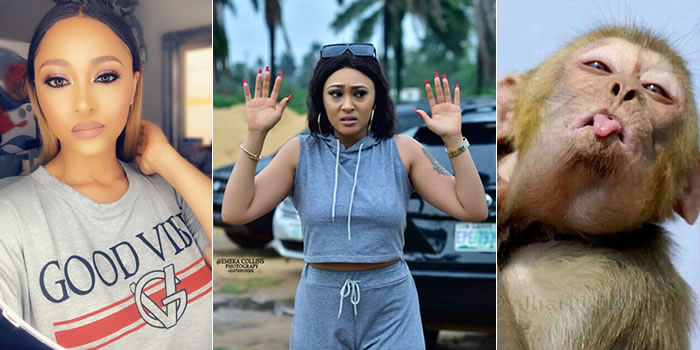 Nollywood actress, Rosy Meurer who recently took to her Instastory to throw shade while lamenting on the ongoing drama on social media has taken to her page to blast throw  more shades.

The actress who was accused of being Tonto Dikeh’s ex-husband Olakunle Churchill‘s mistress, a report both parties denied severally said in her latest post that whoever is coming for her is totally on his/her own. 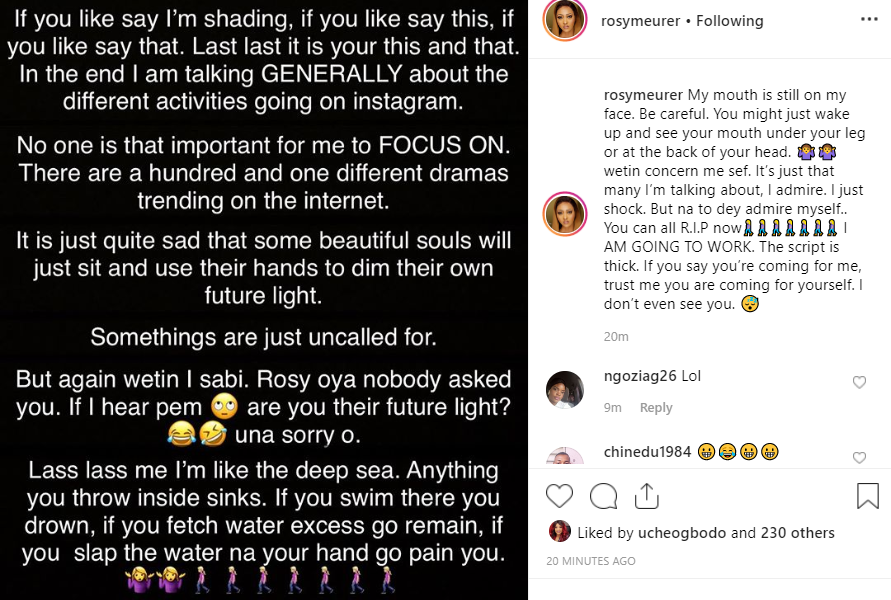 Here is her previous shades screenshots; 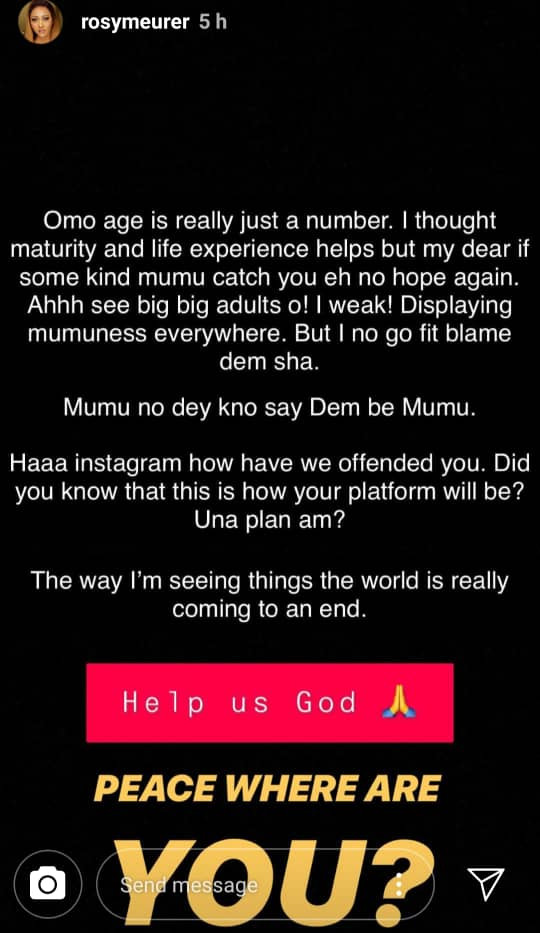 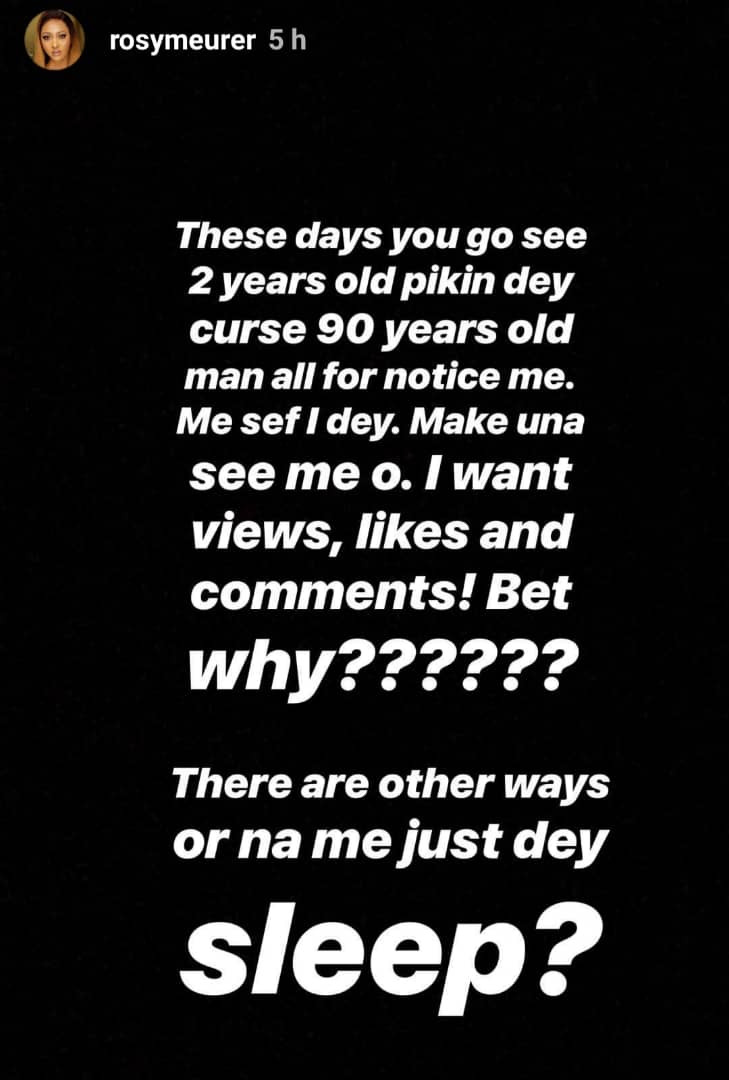 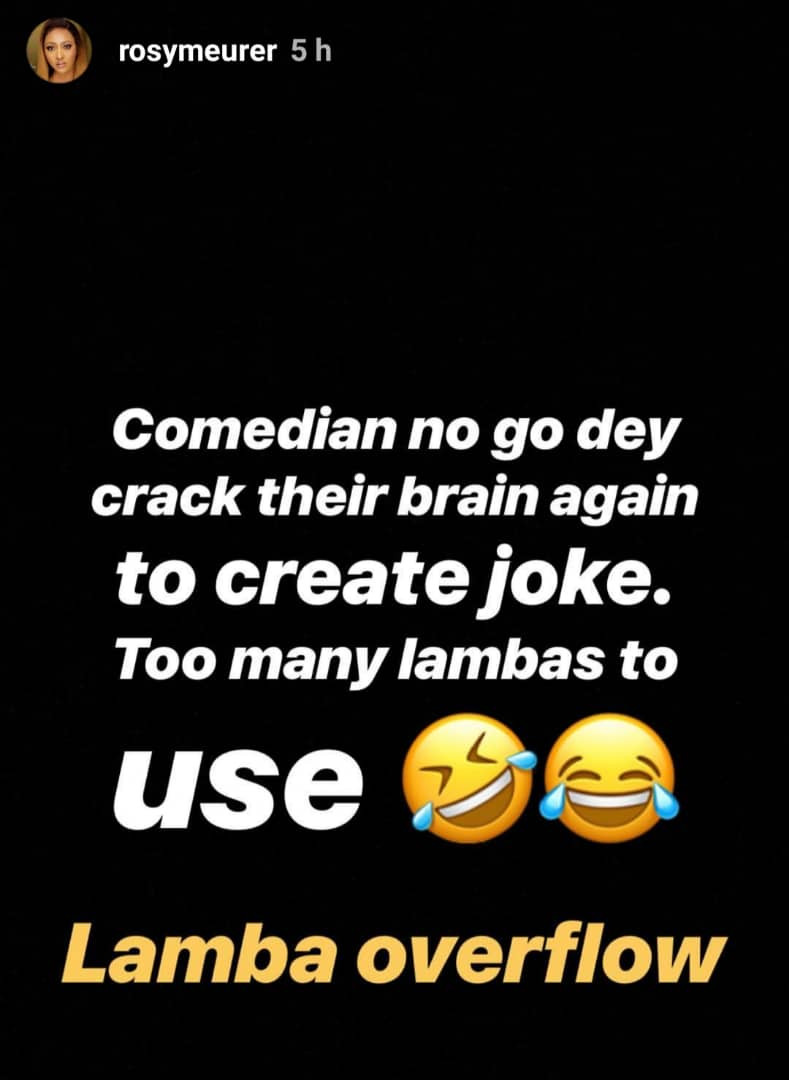 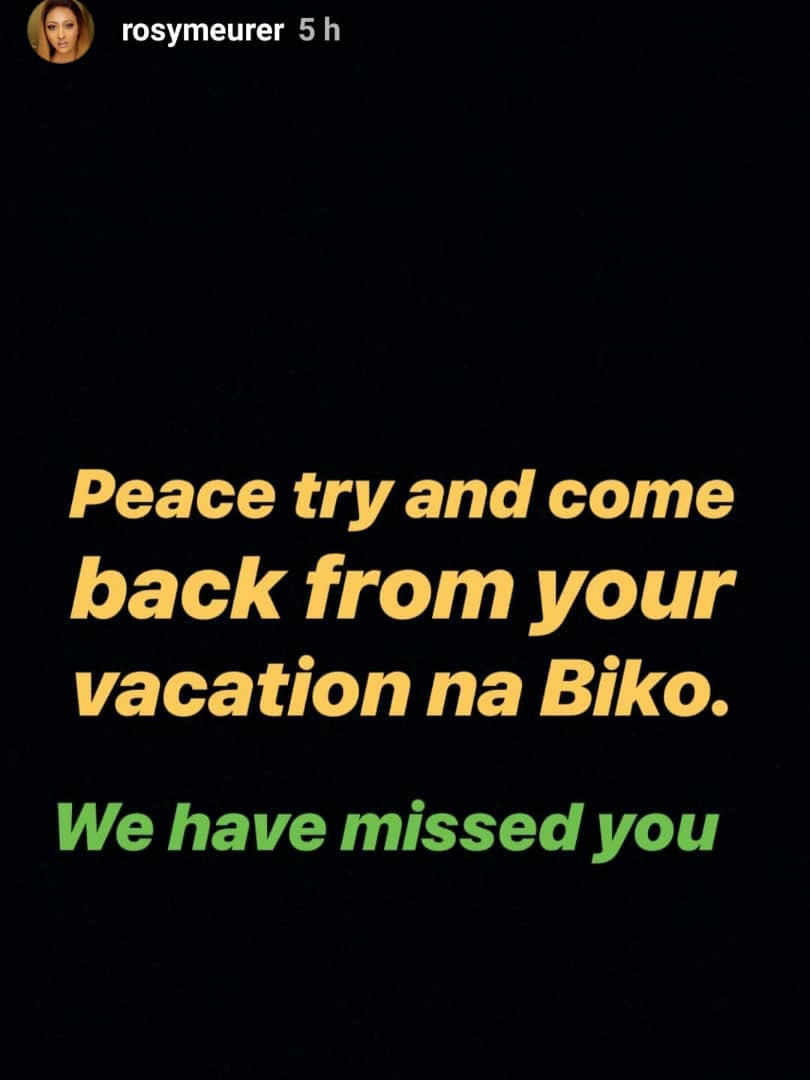 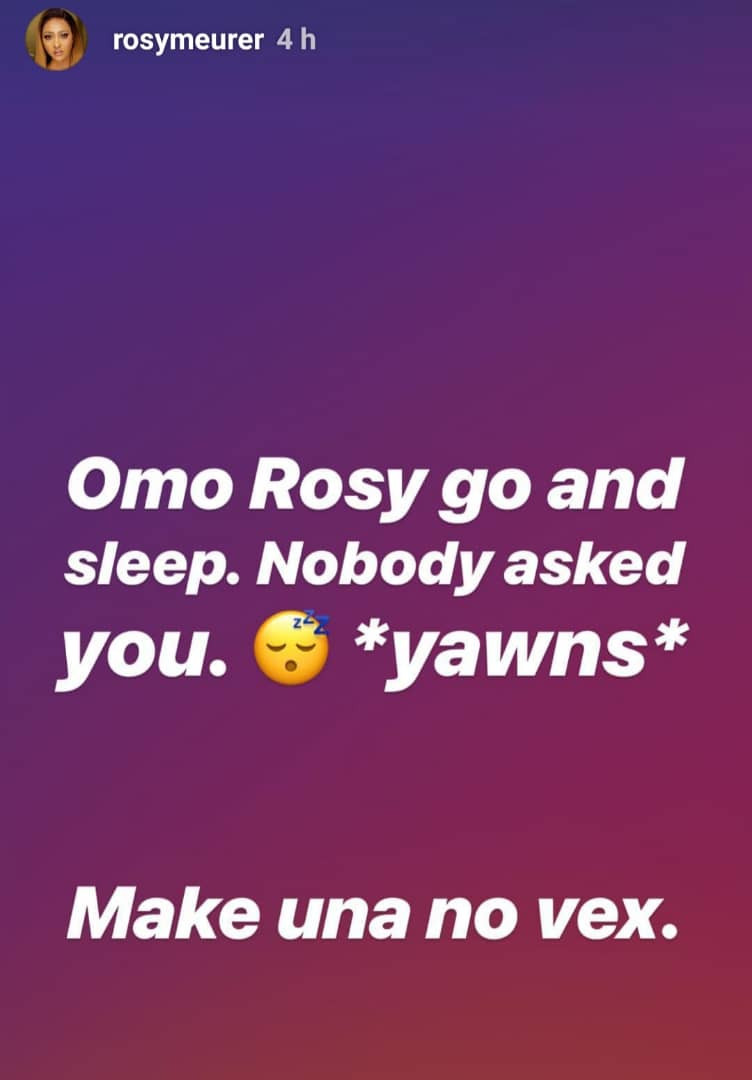