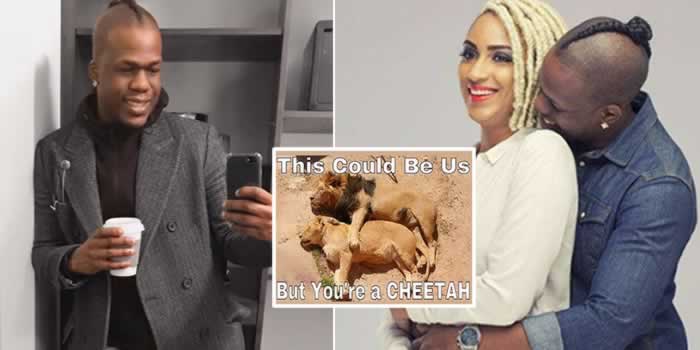 Iceberg Slim has thrown a shade that appears to be either directed at his current girlfriend or his ex, Ghanaian actress Juliet Ibrahim.

Taking to social media, Iceberg Slim shared the below picture which he captioned:

“This Could Be Us But You’re a CHEETAH” 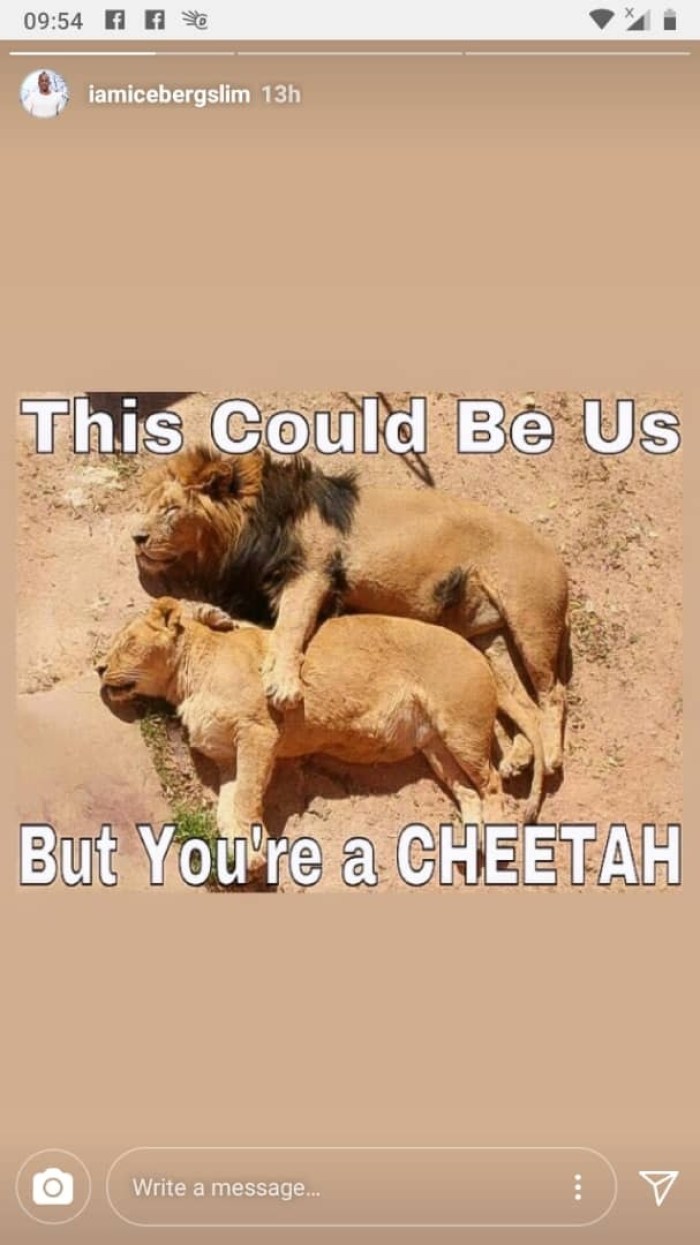 Back in October, Juliet Ibrahim broke silence by confirming that her relationship with Nigerian rapper, Iceberg Slim is over.
Speaking at an event in Ghana, she said:

“I made it clear I was single. I am single.”

When asked if he should be questioned for going back on his promise (to be with her forever), she insinuated, she left the relationship herself.

You don’t need to go for anybody. I carried myself.(laughs) When you are in love,you do crazy things and things happen.

When asked if cheating was the reason for their split, she declined to give a direct response but maintained that people close to her know what actually transpired between the duo before their eventual breakup.

I don’t know because they say and I hear all sorts of things but people close to me know what happened. I wouldn’t say because no matter what I respect the people that I have been with. We broke up on a mutual term.”

On her regrets, she retorted on seeing it as a lesson . In her word;

“You are not supposed to regret anything in life. You are supposed to learn, take it as a lesson.”