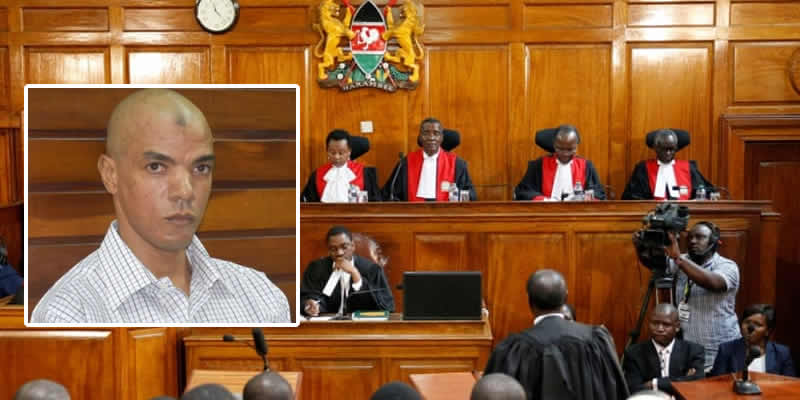 A Kenyan court has sentenced a British man identified as Jermaine Grant to four years in prison for possessing bomb-making material.

Jermaine Grant was arrested in 2011, when police allegedly found chemicals, switches and a bomb-making manual at his home in the city of Mombasa Grant, who is from London, is serving nine years in jail for using forged documents to obtain Kenyan citizenship.

The four years will be added to his current sentence. He has denied the charge and is appealing. After Grant’s arrest, Kenyan police accused him of being involved in a plot targeting hotels visited by foreign tourists.

Last month he was convicted of possession of bomb-making materials, but the court acquitted him of conspiracy over the alleged plot.

Samantha Lewthwaite a British woman known as the “White Widow” and wanted in connection with the 7/7 bombings in London in 2005 is believed to have been staying at the house in which the bomb-making equipment was found. She has not been seen since 2011.