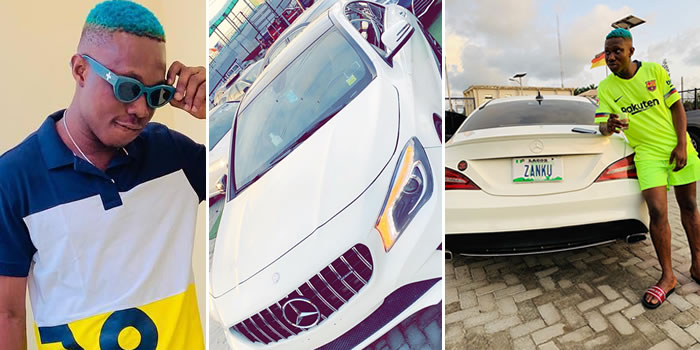 Its no longer news that Nigerian Musicians Afeez Fashola aka Naira Marley was arrested by EFCC today which is supposed to be his birthday.

In a new development, it has been revealed that another popular singer, Omomniyi Temidayo aka Zlatan Ibile who is a close friend to Naira Marley was also arrested. The duo also collaborated in a recently released song titled ‘Am I a Yahoo Boy’.

Zlatan Ibile and Naira Marley are currently undergoing profiling in order to establish their affiliations with internet fraudsters aka ‘yahoo boys’.

The duo woke up into the waiting hands of some EFCC operatives who stormed Zlatan’s house in the early hours of Friday in Lagos. The anti-graft agency has since seized their laptops and phones to conduct forensics to determine their link to cybercrime.

However, EFCC only confirmed Naira Marley’s arrest because he was the ‘major talk about’. Confirming his arrest, the acting EFCC spokesperson, Tony Orilade, in an interview with Punch, said

“Yes, he is with us. He’s not the only person; he had some other persons also arrested alongside (him). They were arrested in relation to advance fee fraud — Internet-related cases and all of that. Give me a little time and I will get you the details.”

Meanwhile, checkout the duo’s latest song ‘Am I a Yahoo Boy’ below.