In this month of May, Nollywood actress, Tonto Dikeh has been serving controversy here and there and she’s shown that she’s not ready to slow down.

From her estranged husband to calling out her colleagues, seems everyone’s had a fair share of the actress’s controversy and more recently, it looks like her fans are not left out.

The actress, moments ago took to her page to call out fans of hers who are always begging on her page all because they are her fans – she says she’s also fans of other celebrities and she’s not as entitled as they are. 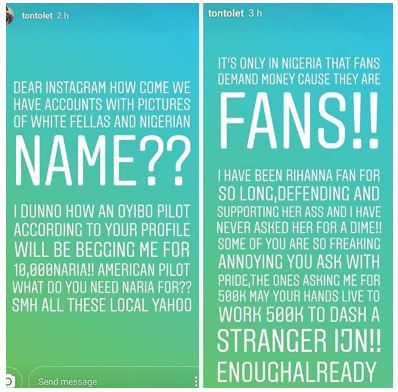 I hate walking around – Tonto Dikeh laments on Christmas shopping