Divine Oduduru qualifies for NCAA Championships in US

Nigeria’s fastest runner in 2019, Divine Oduduru has qualified for the finals of the National Collegiate Athletic Association, NCAA outdoor championships.

The event is slate to hold between June 5-8 at Mike A. Myers Stadium in Austin. Oduduru, the fastest collegian this year in the men’s 100m and 200m, had an easy progress in both events.

For clocking 10.06 in the 100m to finish second overall behind Cravon Gillespie, who recorded 10.01 and 10.03, Oduduru secured his spot in the final come June. 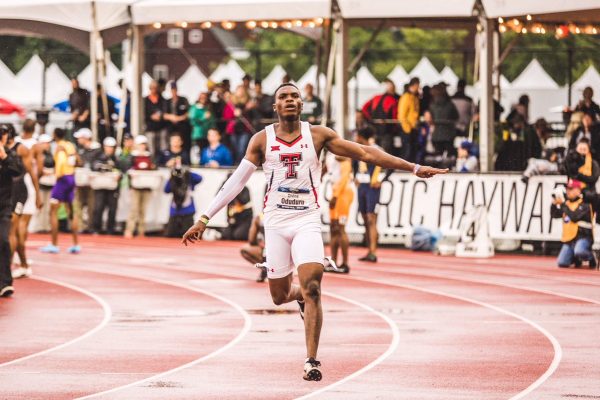 A flurry of speedy sprint performances headlined both NCAA Preliminaries as US collegiate athletes attempted to book their spots at next month’s NCAA Championships by placing among the top 12 in their events.

There were fast times in the shorter sprints too as Ghanaian sprinter Joseph Amoah of Coppin State topped both rounds of the 100m, clocking a PB of 10.10 (1.2m/s). He was closely followed by Japan’s 2015 world U18 champion Hakim Sani Brown, who recorded 10.13 (0.7m/s)