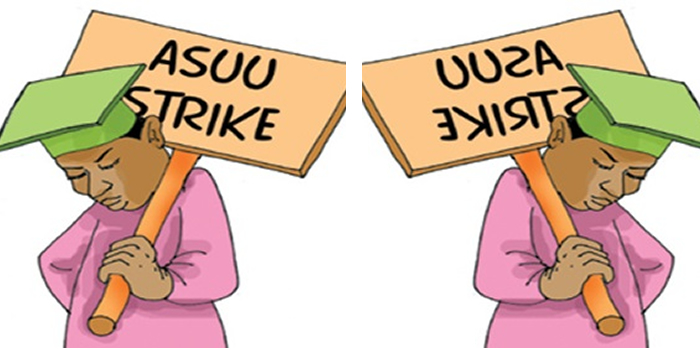 The Academic Staff Union of Universities (ASUU) has shelved its plan to embark on another round of strike.

The union had announced it would down tools to press home its demand for the fulfilment of the agreement it reached with the Federal Government.

ASUU President Prof Abiodun Ogunyemi addressed reporters in Ilorin, the Kwara State capital, on the sidelines of “Day of Tributes” in honour of the late Prof Samson Olatunde Oduleye, a member of the University of Ilorin (UNILORIN) 49+.

Ogunyemi asked for evidence from the Federal Government to show that the balance of the N25 billion earned academic allowances earlier released to universities had been “mainstreamed in the 2019 budget”.