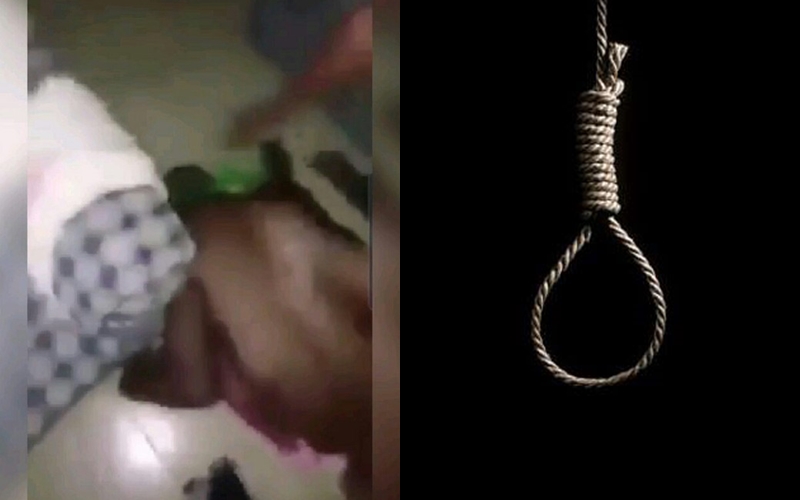 The high suicide rate in the country, particularly among men has become a cause for concern in Nigeria. In recent times, reports of people taking their own lives, or at least trying to, have set social media buzzing.

We have come across another report of a promising Nigerian man who took his own life over issues in his relationship.

According to report, the young man committed suicide by hanging himself after his girlfriend of 7 years dumped him.

In the video shared online, people were trying to remove rope off the neck of the young man who hung himself in his apartment.

Whilst trying to remove the rope from his neck, people can be heard saying,

“Hey, nobody dey here? You just killed yourself for nothing, because of woman!”