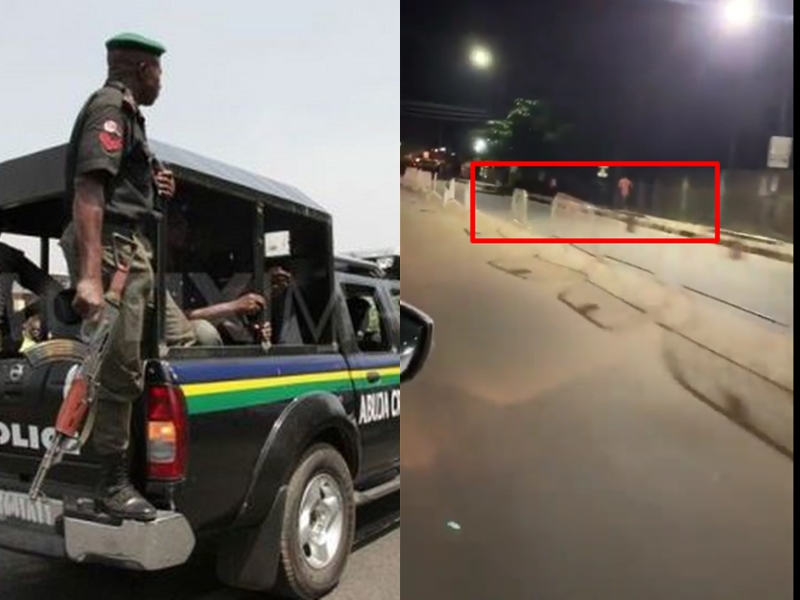 A Video of Police officers chasing touts with their Patrol van in Lagos, has surfaced on social media.

The video was shared by a Deputy Commissioner of Police and Commander, Rapid Response Squad (RRS) in Lagos, DCP Tunji Disu.

According to the DCP, the officers received intel that some teenagers were attacking passers-by under the Berger Bridge in Lagos and they acted accordingly.

The teenagers upon sighting the police vehicle however took to their heels while the patrol vehicle took chase.

He wrote as caption on the video:

Kodak’s Death: “Why Clarence Peters is still in detention”,…

a few minutes ago, on information that some “teenagers “were attacking passengers under Berger bridge…..

…a few minutes ago, on information that some “teenagers “were attacking passengers under Berger bridge….. pic.twitter.com/62cyd4GmOy

It was not however ascertained if the street urchins were arrested by the officers.