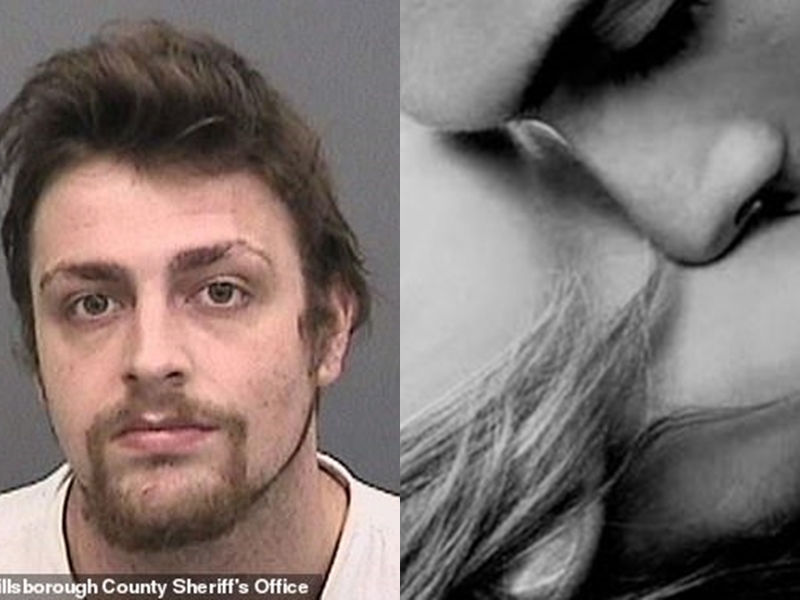 The man pleaded with the police that he did not intentionally kill the girlfriend with the gun.

A man identified as Mr. Andrew Charles Shinault (23) has accidentally shot his girlfriend, Paloma Williams (24), to death with a loaded gun during foreplay.

According to Metro.co.uk, Shinault told investigators that Williams was using the pistol for ‘sexual gratification and arousal’ at his home in Valrico, Florida.

He said that he was on the edge of the bed with Paloma between his legs when the apparent accident occurred two weeks after they started dating. They both rubbed his 9mm Taurus pistol over one another before he accidentally pulled the trigger.

He screamed for his parents to come upstairs to help him and was later arrested for manslaughter. Shinault admitted that they were both under the influence of drugs, having taken meth two hours before the shooting. Williams died after the gun allegedly went off during foreplay.

The couple was allegedly using the gun to get sexually aroused. Williams was also said to have been on fentanyl, a powerful opioid drug. However, police said they have suspicions about his version of events, because it was hard to accidentally trigger the pistol he alleged to have used. During a police search, detectives found a hole in the TV which was behind Williams at the time of the shooting.

A spokesman for Hillsborough County Sheriff ’s Office said: “Andrew Shinault shot a woman while engaging in an act of foreplay involving his registered handgun. The woman, who was shot in the upper body, was transported to Brandon Regional Hospital where she later died.”