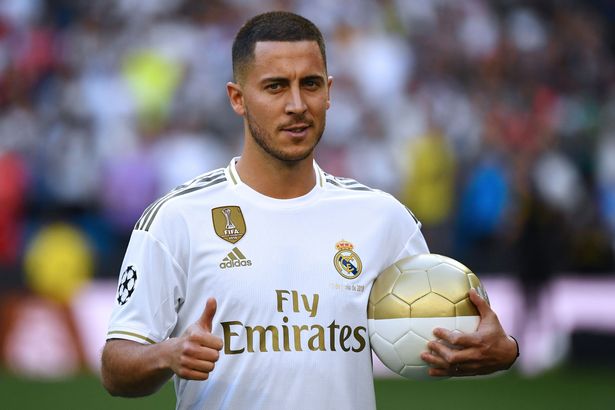 New Real Madrid signing, Eden Hazard, has said he would love to play alongside Paul Pogba and Kylian Mbappe.

Hazard was officially presented to a crowd of over 50,000 on Thursday, following his big-money move from Chelsea.

The Blues could receive up to £130million once add-ons are included in what will no doubt be one of the biggest deals of the summer transfer window.

Madrid have also signed Eder Militao, Luka Jovic and Rodrygo in recent weeks, with Zinedine Zidane desperate to overhaul his squad after a trophyless season.

Two other players firmly on Madrid’s radar are PSG’s Kylian Mbappe and Manchester United’s Pogba and Hazard was asked about the duo at his opening press conference.

“I want to play with the best, and those you mention are the best.

“But it’s not for me to say about transfers,” he replied.