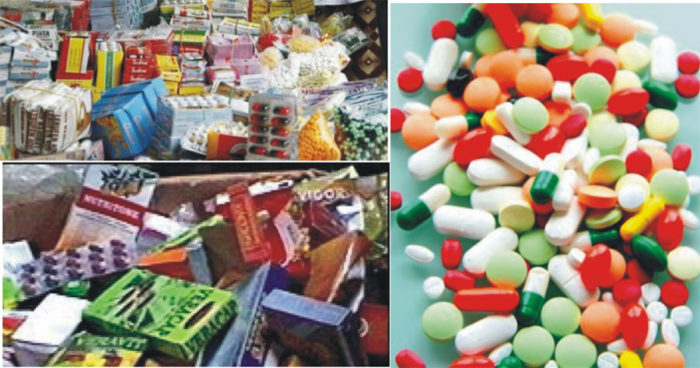 A 26-year-old Victor Oguwa, a suspected fake drugs manufacturer, has been arrested by the police in Bauchi.

The Police Public Relations Officer (PPRO), DSP Kamal Datti, disclosed this while addressing newsmen on the arrest of some suspects in Bauchi on Saturday.

He said the police acted on credible intelligence and raid a black sport at Gwallameji area on June 13, and arrested the suspected fake drug producer.

According to him, the police recovered 71 bottles of locally produced codeine, 30 bottles of Tutolin, one carton of ORS used for codeine productions and one pot of codeine ready for refilling.

“The case is under investigation after which the suspect will be charged to court,” Datti said.

The police spokesman assured that the command would not relent in its efforts to rid the state of crimes and criminality.

However, the suspect denied manufacturing fake drugs, claiming: “I was set up to pay for those items not knowing what was inside and what is meant for.

“I paid N140,000 that my friend from Onitsha asked me to pay and collect the goods before he comes from his journey.

“Not knowing that police are coming to arrest me, in fact, I don’t know anything about fake drugs manufacturing, it was unfortunate he involved me into that. ”

He, however, appealed to the police to temper justice with mercy.