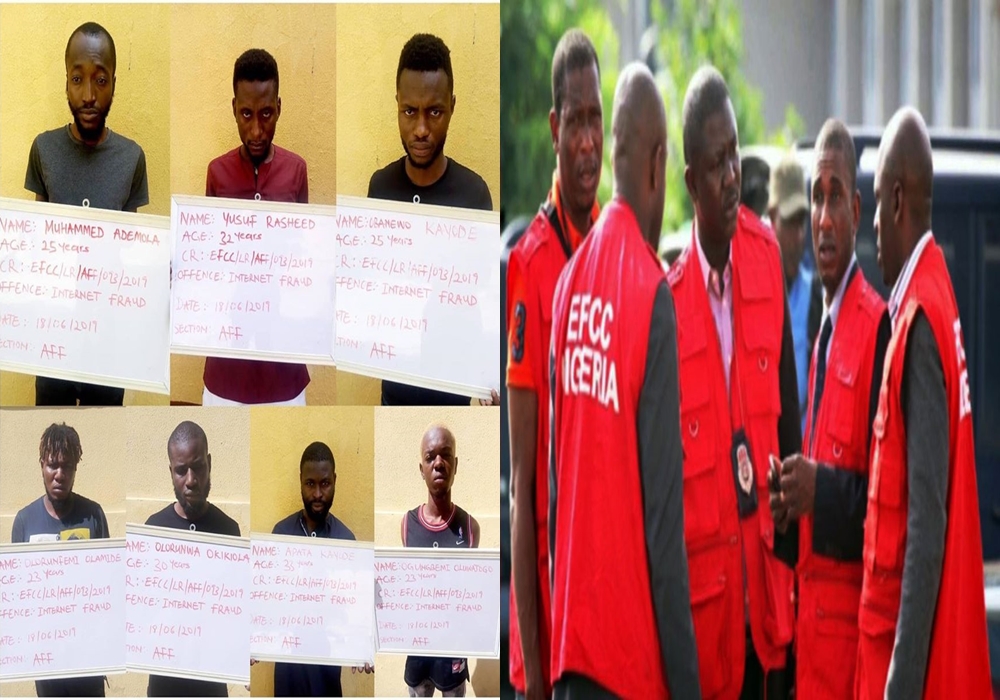 The EFCC in Ilorin has nabbed seven young men for offences bordering on internet fraud.

The suspects were reported to have been caught with incriminating items. Four of the suspects namely; Kayode Obanewo a.k.a Samantha James, Muhammed Ademola a.ka Catherine Smith, Yusuf Rasheed a.k.a Rebecca Moore and Apata Oluwakayode a.k.a Hanna Cole, were picked up at Mandate Estate Phase 2, behind Irewolede area of Ilorin on June 11.

The other three; Olorunwa Okikiola, Olurunfemi Olamide and Ogungbemi Sogo were arrested for similar offences and were picked up at Agric Estate, Ilorin.

One of the suspects, Obanewo was said to have admitted to the crime during interrogation.

“I was arrested on the 11th of June 2019 at Mandate Estate Phase 2, but before the day of my arrest, I met a friend who introduced me to internet fraud. He gave me a laptop which was the reason behind my arrest. I saw one email address on the laptop and started using it to chat with some people at night when I come back from work.”

It was gathered that items recovered from the suspects include, laptops, phones and sim cards of different network providers, among others.

The suspects will soon be charged to court.