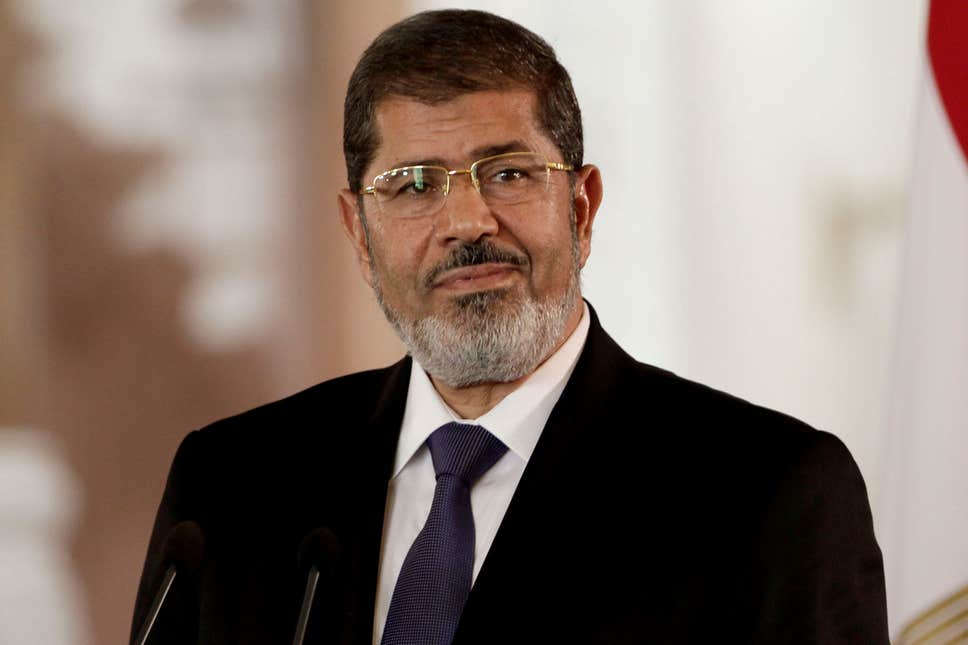 Egypt’s former President Mohammed Morsi has been buried in Cairo, his son said on Tuesday, after he collapsed in court and died a day earlier.

He said security agencies had refused to allow their father to be buried at the family grave in the Nile Delta province of Sharqiya.

“We washed his noble body at the hospital of Torah prison and read the prayers for him inside the mosque of the hospital.

“The burial took place at the grave of Muslim Brotherhood guides in Nasr city,” Abdullah said.

Mr Morsi, who was a member of the outlawed Muslim Brotherhood, became Egypt’s first democratically elected leader in 2012 before being deposed in a military coup the following year.

He collapsed during a court session in Cairo. He was 67.

Monday’s session was part of a trial in which he was facing treason charges for allegedly leaking secret state documents to Qatar while he was in office.

The Ministry of Interior declared a state of maximum alert in the country after the announcement.

The Muslim Brotherhood was formed in 1928, though was only able to transform to a political party, the Freedom and Justice Party, in 2011, while it was headed by Mr Morsi.

Bobrisky slams follower who questioned how he’s spending his money