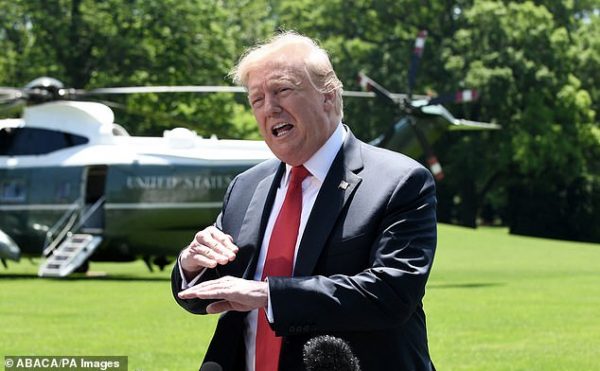 US to start mass deportation next week

US President Donald Trump said in a tweet that US immigration agents are planning to make mass arrests starting “next week,” an apparent reference to a plan in preparation for months that aims to round up thousands of migrant parents and children in a blitz operation across major US cities.

“Next week ICE will begin the process of removing the millions of illegal aliens who have illicitly found their way into the United States,” Trump wrote, referring to US Immigration and Customs Enforcement. “They will be removed as fast as they come in.”

Large-scale ICE enforcement operations are typically kept secret to avoid tipping off targets. In 2018, Trump and other senior officials threatened the mayor of Oakland, California, with criminal prosecution for alerting city residents that immigration raids were in the works.

Trump and his senior immigration adviser, Stephen Miller, have been prodding Homeland Security officials to arrest and remove thousands of family members whose deportation orders were expedited by the Justice Department this year as part of a plan known as the “rocket docket.”

Trump and Nancy Pelosi attack each other over ‘faith, prayers and…

VIDEO: Nancy Pelosi rips up a printed copy of Trump’s State of the Union…