Nollywood actress Toyin Abraham has been rumoured to be pregnant and even married to fellow actor, Kolawole Ajeyemi. The duo have neither admitted or denied the claims. However, the rumoured couple still show affection to each other on social media from time to time.

Yesterday,  Kolawole posted a photo of Toyin Abraham on his page as he named her his woman crush. He also described her as world best as he prayed for God to bless her family.

And she responded, saying:

“Thanks alot kolawole and to everyone i appreciate ” 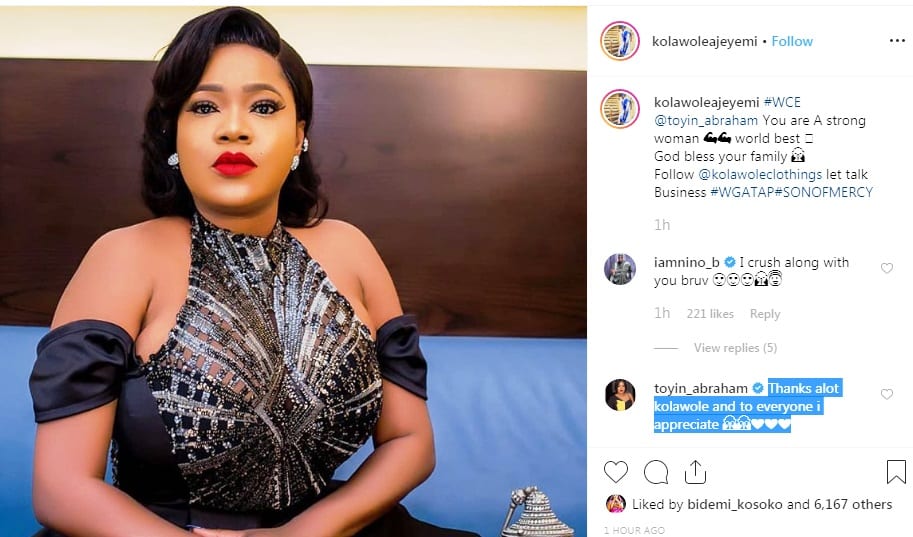 Toyin Abraham finally puts her sword to rest, does the unexpected on…