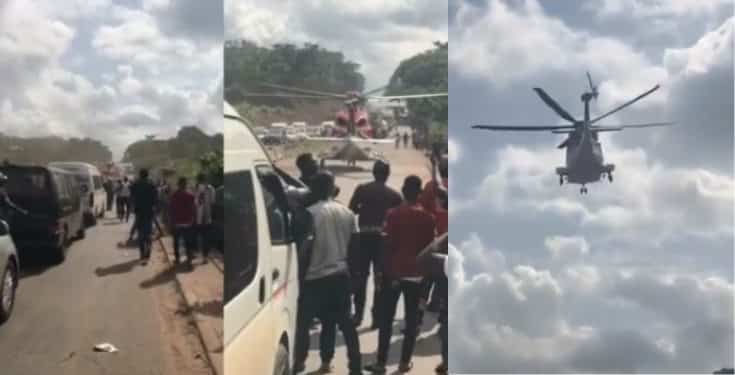 The Nigerian Civil Aviation Authority (NCAA) says it has begun a full-scale investigation to ascertain the viral video of the helicopter that landed on the Benin-Ore Expressway on Sunday.

The General Manager, Public Affairs, NCAA, Mr Sam Adurogboye, confirmed the development in a statement issued in Lagos on Tuesday.

A video had gone viral on social media of a high profile individual who was picked up by a helicopter, after being stuck in traffic for hours.

Adurogboye said that initial reports indicated that the helicopter was owned by Tropical Arctic Logistics Ltd, with registration number 5N – BVQ while the aircraft type was AW139.

“The pilot was compelled to land between Benin and Ore in an unscheduled diversion to pick up someone.

“NCAA has begun a full-scale investigation to ascertain the circumstances surrounding the unscheduled diversion.

“As soon as the investigation is concluded, the outcome will be made public,” he said.