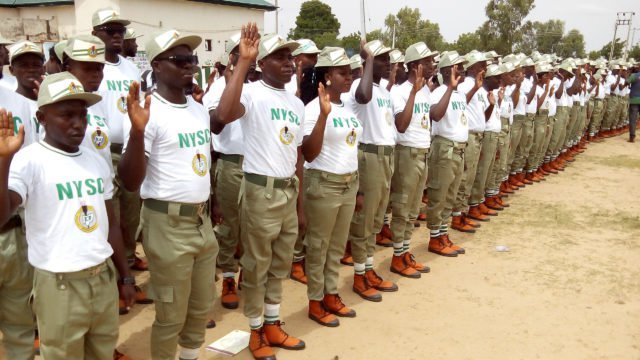 Ahead of their Passing Out Parade, a group of National Youth Service Corps (NYSC) members (medical doctors) serving in Borno State are demanding the immediate payment of allowances which they say they’ve been owed for the past five months.

They marched to the Borno State Government House on Monday to present their case to the Governor, Professor Babagana Umara.

They were, however, denied entrance and the spokesperson of the group, Dr. Azi Cornelius explained that his members had made previous efforts by writing correspondences to ask the authority to pay their monthly allowance but that never happened.

According to them, former governor Kashim Shettima had approved the payment of N100,000 to each of the medical NYSC doctors and N50,000 to other corps members in the health sector.

They also claimed that they constitute over 50% of the medical workforce in the state and have been discharging their duties effectively and efficiently.

However, the Permanent Secretary, Ministry of Health, Mustapha Alau, who declined to speak on camera said the governor has already directed the Ministry of Finance to pay the corps members.