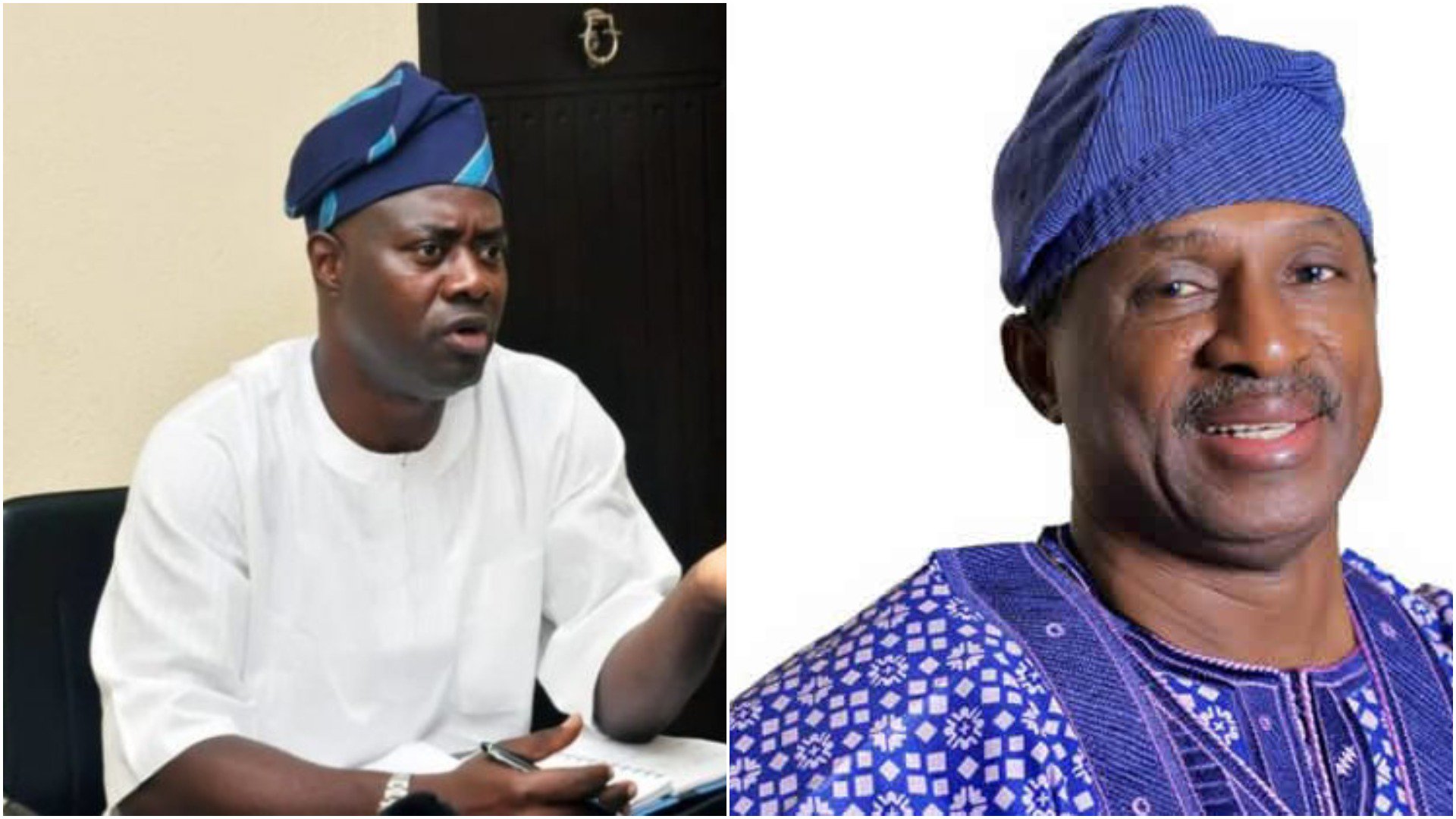 The Oyo state chapter of the African Democratic Congress (ADC), on Wednesday, says it is still part of the coalition with Governor Seyi Makinde of the state.

The party said this in response to a statement by its former governorship candidate, Olufemi Lanlehin, who announced on Tuesday that he had withdrawn from the coalition because Mr Makinde had deviated from the pre-election agreements that produced the coalition.

Mr Lanlehin was one of the major political actors who helped Mr Makinde to defeat the candidate of the All Progressives Congress (APC), Adebayo Adelabu, in the March 9 election.

The other signatories to the agreement were Sharafadeen Alli of Zenith Labour Party (ZLP) and Bolaji Ayorinde of Social Democratic Party (SDP).

But, the ADC in a statement on Wednesday by its Acting Publicity Secretary, Bimpe Adelowo, said the party remained committed to the coalition.

The party said this is not the time to trade blames, but to consolidate the forces that terminated the APC government in the state.

“The facts, claims and conclusion set out in the press statement issued by Senator Oluwafemi Lanlehin, our gubernatorial candidate and face of ADC in the coalition arrangement and rejoinder issued on behalf of Governor Seyi Makinde by his Special Adviser on Strategy and Political Matters on 2nd July, 2019 regarding the withdrawal of Senator Lanlehin from coalition government in Oyo State have necessitated our party’s intervention through this press statement.

“ADC as one of the coalescent parties that formed the current government in Oyo State wishes to express its concern on the press statements issued by both its gubernatorial candidate and Oyo State Governor regarding the coalition arrangements and reactions trailing the said statements.

“As a matter of public interest, ADC first of all is still committed to coalition arrangements as an integral part of Oyo State Government.

“ADC has thus far taken a responsible and responsive urgent measure to nip the situation in the bud to rest and step down the disagreement which provoked the withdrawal of Senator Oluwafemi Lanlehin from coalition government.

“This is not the time to trade blame, but a period of sober consolidation of strength of the forces that terminate the reigns of the inhuman and tyrannical government of APC in Oyo State.

“We, therefore, appeal for calm among all the leaders and urge them to give peace a chance in the interest of numerous followers and the general public.

“ADC hereby wish to use this medium to appeal to His Excellency, Engineer Seyi Makinde to forthwith continue with the lofty idea of implementation of coalition agreement on other appointments across boards (Senior Special/Assistants, Special Assistants, Executive Assistants, Boards and Parastatals, Local Governments inclusive).

“We equally appeal to the general public and teeming members of the coalescent parties to see themselves as one in this struggle and desist from heated, rhetoric and caustic accusations. ADC at this juncture reiterates its total commitment to the coalition government in Oyo State and it equally assures everyone that it remains an integral part of the coalition government in Oyo State.”

Earlier, Mr Makinde’s political adviser, Babatunde Oduyoye, had on Tuesday in a statement, insisted that the governor has not deviated from the said agreements.

“We received with shock, claims credited to the governorship candidate of the African Democratic Congress (ADC), Senator Femi Lanlehin, that he has withdrawn his support for the coalition birthed by a number of political parties ahead of the March 9, 2019 election in Oyo State.

“It is more shocking to read Senator Lanlehin’s allegation that his decision was hinged on Governor Seyi Makinde’s infidelity to the coalition agreement.”

The governor’s adviser described Mr Lanlehin’s allegation as a “clear affront” on the sincerity of Mr Makinde and his magnanimous disposition in handling all the discussions about the coalition.

“There was no dissenting voice from all the representatives of the parties at the meeting with Governor Makinde,” Mr Oduyoye continued.

“Everyone commended how he handled the matter. Senator Lanlehin only had issues with the other leaders of the ADC on Monday when they were discussing how to share the positions allotted to the ADC.

“He should not in any way attempt to drag the name of Governor Makinde to the frustrations he is encountering in his party. If Senator Lanlehin withdraws from the coalition, he must have done so as an individual, because we are aware that the ADC as a party remains an integral part of the coalition as leaders of the party have repeatedly pledged their fidelity to the coalition.

“We believe that the coalition was not put together merely to further any personal aspiration other than the collective interests of the people of Oyo State.”