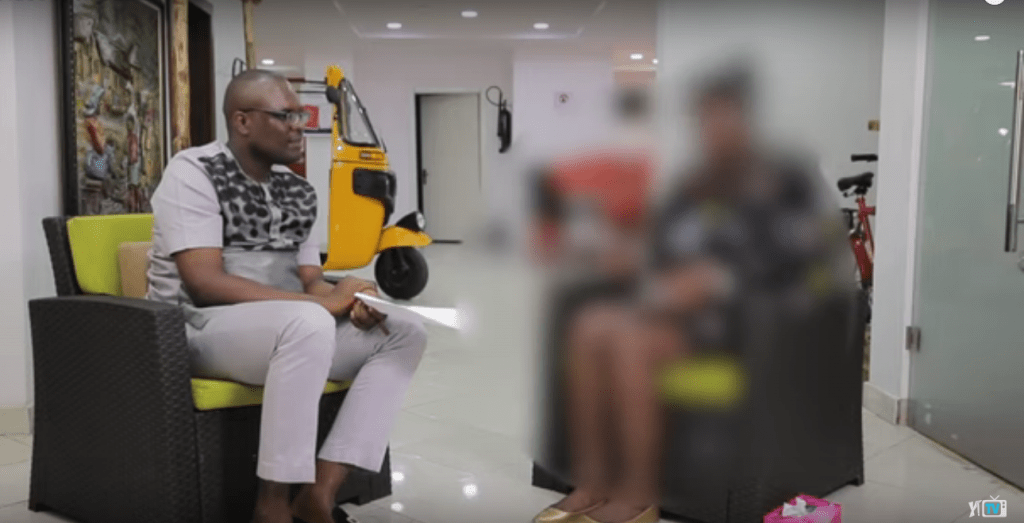 Another Victim: Former Staff Of COZA Opens Up On How Pastor Biodun Fatoyinbo Raped Her (Video)

‘I dont think she is unaware’: A second survivor comes forward with her experience with Biodun Fatoyinbo and the tacit guilt of a pastor’s wife.

By Ola A On Jul 4, 2019
Source Y Naija
Share FacebookTwitterWhatsAppReddItPinterestEmailLinkedin

To understand how much fear Pastor Biodun Fatoyinbo inspires in the subject of our next interview; we will tell you how much censoring we had to concede to get the interview we share today.

It took significant motivation to even get our interviewee in the right frame of mind to tell her story, sitting quietly with her as she was forced to process the trauma of her experience in front of a crew of strangers. We were initially supposed to obscure her face, but she felt so unsettled by the possibility of being recognized, we eventually blurred most of her visible frame. We had a box of tissues handy, because retelling her story overwhelmed her, even now when the majority seems in support of her.

She tells the story honestly, on the hope that her story will build on the impact of Busola Dakolo and Ese Walter’s stories and shed more light on the crimes of an alleged serial rapist and the system that enables him.

This interview is paraphrased, to listen to X tell her story herself watch the video below.

Naira Marley blasts Kaffy after she condemns his ‘Soapy’ dance