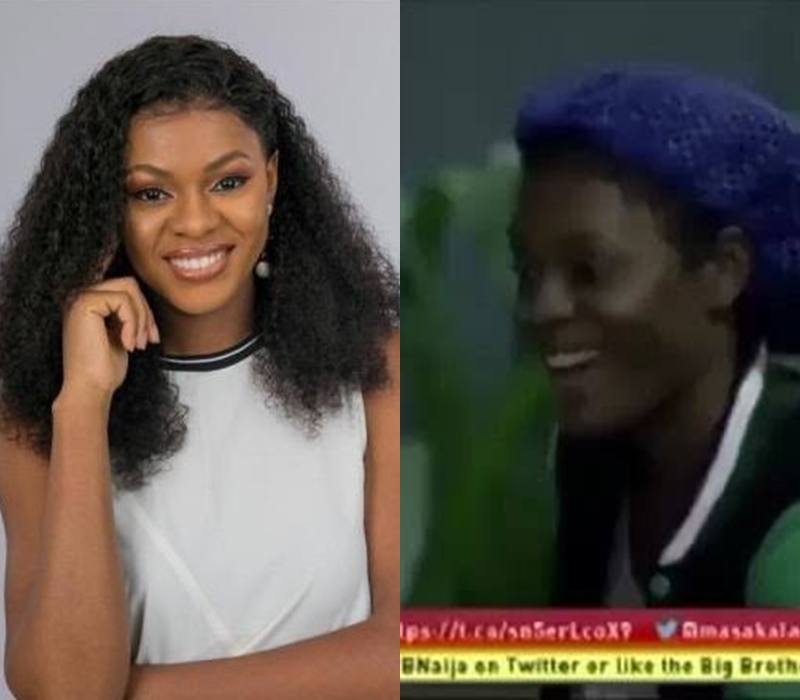 As much as many might have found it hard to believe, it seems a ‘virgin’ made it into the Big Brother Naija house and it’s no other than Software Engineer, Jackye.

In a new video shared online, Jackye is heard discussing with her fellow house mates how her relationship crashed and how she’s also a virgin.

Her profile gives her as a fierce hunter who led her software engineering team to winning a contract to build a Fintech app for one of the biggest companies in Africa.

The 23-year-old has only had one boyfriend her entire life and she relaxes by watching football, playing games and eating spaghetti, her favourite meal. Her life mantra is, “I never lose, either I win or I learn.”

Reactions have trailed Big Brother Naija Housemate, Jackye’s revelation that she is a virgin.

Jackye had on Monday night while having a discussion with some housemates on relationship disclosed that she is a virgin despite being in a relationship with her boyfriend for six years.

“I am a virgin, I’m in a relationship that is meaningful, I could have given it to anyone but my man gives me anything that I need to soar, fly.” She said.

Her statement has since stirred diverse reactions from Nigerians online.

While some Nigerians applaud her, others called her a ‘liar’.

@Kingbenone “I like every single words that came out of her, I don’t know if its true that she’s a virgin but that’s what a good woman who is ready to build a home should do. I love u girl, God bless and guide your man.”

@Iammahizdiamond “Another before virgin that can’t leave her relationship. Well, we shall see. I don’t trust those men (not guys).”

@Admasj7 “For the fact that she didn’t give any reason or reasons to why she has not had sex before, then, I can’t believe her lies. Being in a relationship for 6yrs no sex is possible, but, with REASONS, please!

@Omuyaa “Out of 5000 men before you find one that would stay without sex in a relationship for 6years is hard.People and lies o.”

@Kingjoefrancis “She is really making sense on what she is saying but I can’t believe is still a virgin.”

@Bhaylee “I have a girlfriend I haven’t touched for four years and she is still a virgin with proper checking anytime we meet. It is all about vision.”

@Passionpeggy “Virgin No.1. Ceec was a virgin too but she grabbed something.”

@Haridahjunior “You’re a virgin that have been in a relationship with a man for complete 6 years.my dear you lie.”

@TessyHyzeek “Jackye chats some sense sha, at least she’s better than you people who have million body count from jumping from preeq to preeq.”